I would like to know how do you adjust the barn doors to eliminate squeaks?

Mine got a terrible high pitched squeak, which dissapeares when the hilift jack is attached to the spare wheel. The extra weight pull the door down, limiting movement and rattles.
I do not drive around with the hilift permanently attached to the spare wheel (only when touring & going on trails, etc) as it is quite a bit of extra weight to carry around, thus i need to eliminated the squeaks. 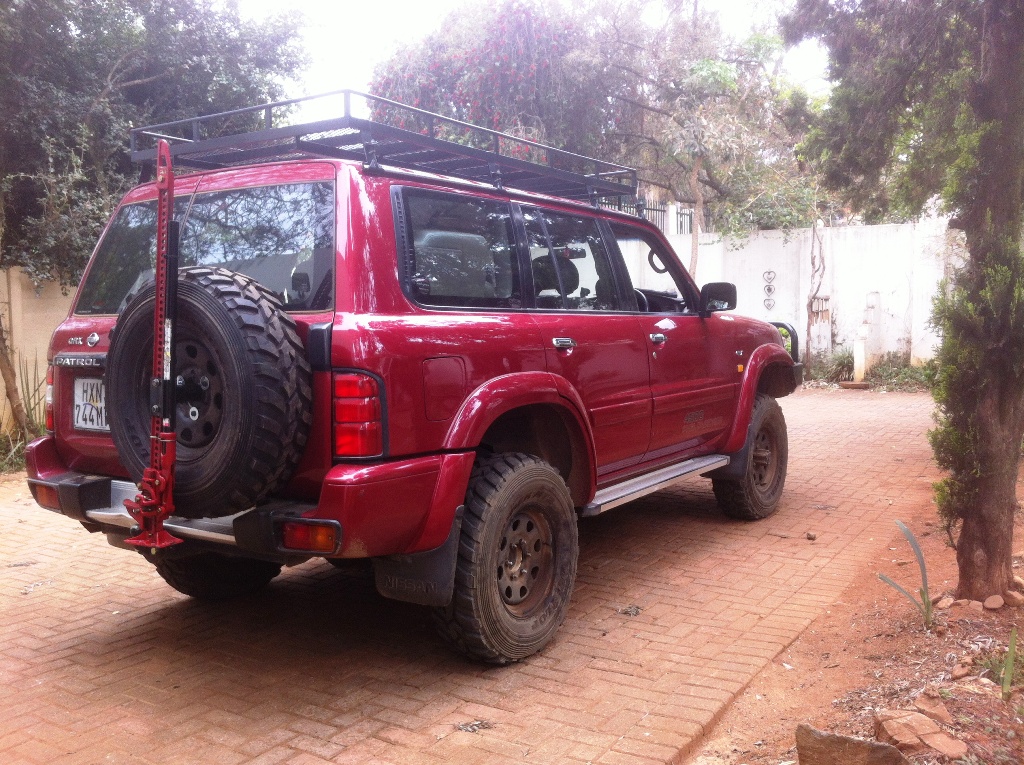 Any threads or youtube videos on how to adjust the doors?
Any other suggestions?
Top

I guess the squeaks and rattles is all about the play of different components which have developed over the years
Let me start of by saying that I will not be able to give a perfect formula as to how to fix a certain issue; I will only be able to give you some pointers based on my own experiences.

We need to realize that the whole “barn-door-assembly” is not the best design.
We are dealing with numerous locking mechanism hinges, guides strikers etc. + weak design of the barn door and welding. All this is exposed to forces and it becomes week and loose as years go by.
The first thing was actually done by G-Tech when I had my first service done. He inserted ~ 1mm self-adhesive foam seal around the area where the normal rubber seal is fitted but on the door opening / car side not on the actual door. This improved the situation a little bit because it increased the tension between car and barn-door.

Furthermore I have done the following:
RH side barn door part which also carries the spare wheel: Checked if this part of the door has sagged over time. At the bottom of the door (inside) there is a round bolt like striker which moves into a u-shaped “catch” (mounted to the vehicle at opposite position) of the “round striker” . In my case this round striker was sitting slightly lower compared to the u-shaped catch. In order to improve this situation a loosened the door hinges and lifted the door with the assistance of a hydraulic lifter and re-tightened the hinges. That resolved the sagged door-issue.
The striker on top / middle of the doorframe can be adjusted by loosening the two screws and pushing the striker inwards by 1-2 mm. This will also increase the tension on that part of the door and reduce rattles. The striker is covered with a plastic coating. If this coating is damaged than consider replacing the striker. I have tried to improve this with some insulation tape. This works at first but was only a temporary fix as the tapes starts coming of over time.
I have also opened up the inside door panel and filled it with insulation material + I taped up some of the connecting rod to the doorlock mechanism to reduce play and potential rattles.

If one looks at the top latch on the car side there is a little square rubber that sits next to the locking mechanism
It where's out or collapses, all I took was a small piece of rubber of around 2mm and stuck it on with super glue
And solved my rattle squeak
Top

On mine, the secret was to adjust the top latch to such a tightness that i need to slam the big door with my hand half-way op the pillar for it to engage.
Mag ons ons kenniskry met lekkerkry aanhoukry.
Top

Peter, would support that given that on my car, since the day it came from the factory, you have to give it a pretty good whack to get it shut properly. Most people in fact don't whack it hard enough. The door does not squeak. At least not yet.
Top

Mine used to squeak and the interior light would flicker on rough roads. I pulled in the top and bottom catch and now it closes nicely with a firm closing action ( but not a slam ) and then the smaller door also now closes better ( more solid sound ). All rattles and flickers are gone.

Peter Connan wrote:On mine, the secret was to adjust the top latch to such a tightness that i need to slam the big door with my hand half-way op the pillar for it to engage. 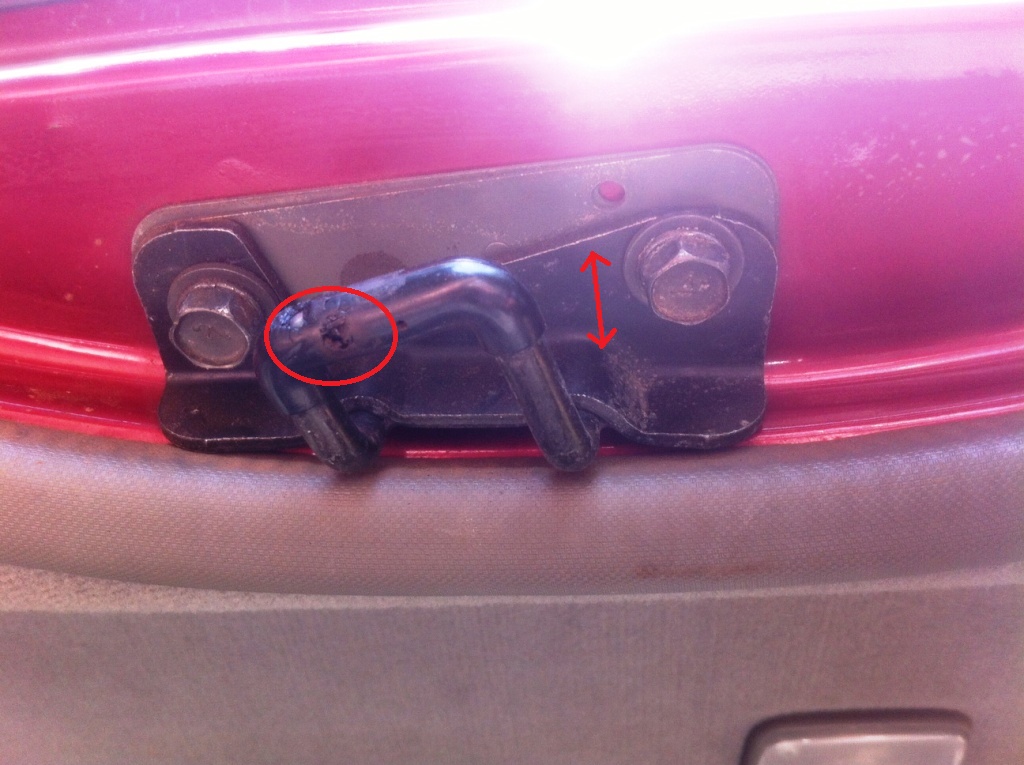 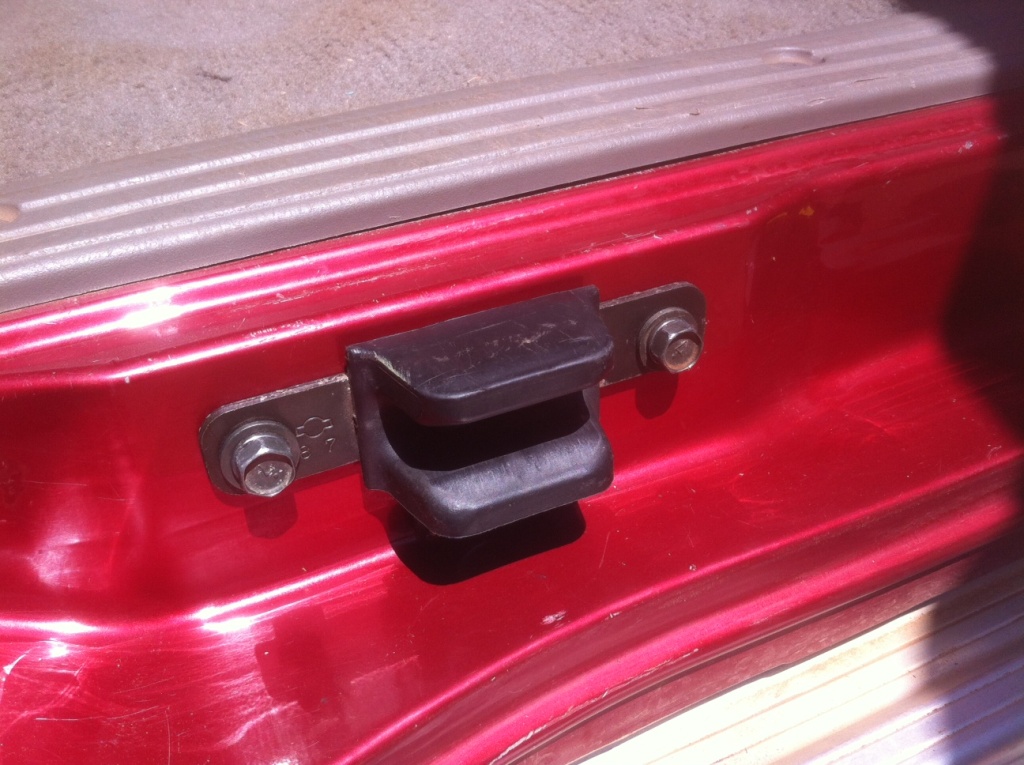 My door has been squeaking for the last week or two. I've noticed that the top is not latching 100%. I shall be following your examples here in the next day or two. :)

Thanks for the tip Fanus - I appreciate it.