It started with oil leaking from the front axle swivel joint. Research on here and patrol.com forums, showed that it had to be the inner axle oil seal.

I stripped off the hub components to reveal the culprit, and upon removal I could see that the old seal was damaged on installation already. It went in at an angle and it was simply hammered home, which bent the lip quite a lot and there were scoring marks on the seal as it was forced in at an angle.

After getting a new seal as well the two seals that go with the hub, I tried to put the seal in and immediately realised why the previous one was damaged so easily, and decided to rather stop and had a "special" tool made by some guys that with me.

With the correct tool the seal went in without any damage and with ease. All parts were washed, regreased and assembled without any hassles. Wheel bearings and king pin bearings were all still good and the birfield joint looks like it has hardly done any work

The 3 seals cost me just over R500 from the dealer and it took few hours of spanner swinging, but most of the time was spent carefully cleaning and regreasing all the parts 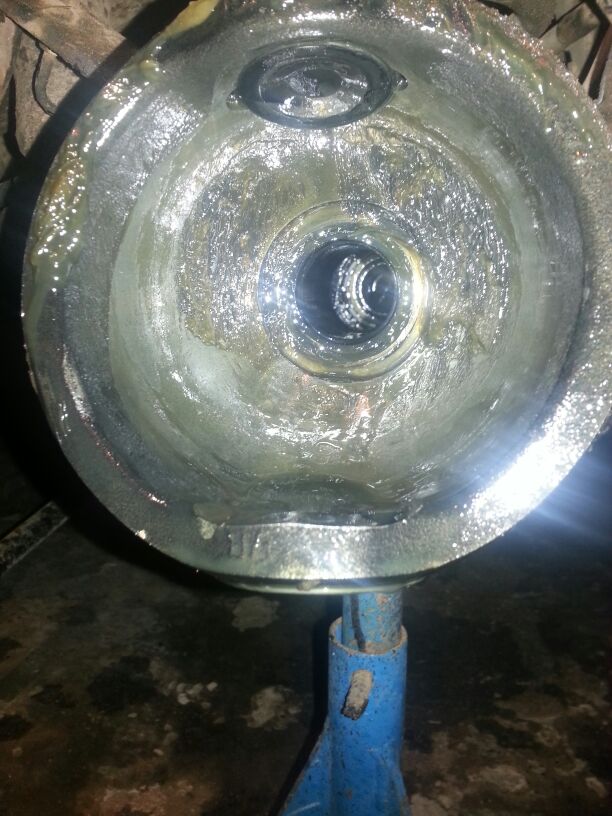 Seal easily removed with an internal puller from my local Coastal Hire, which is not only run by a friend of mine, but also conveniently located right next to the complex where I work 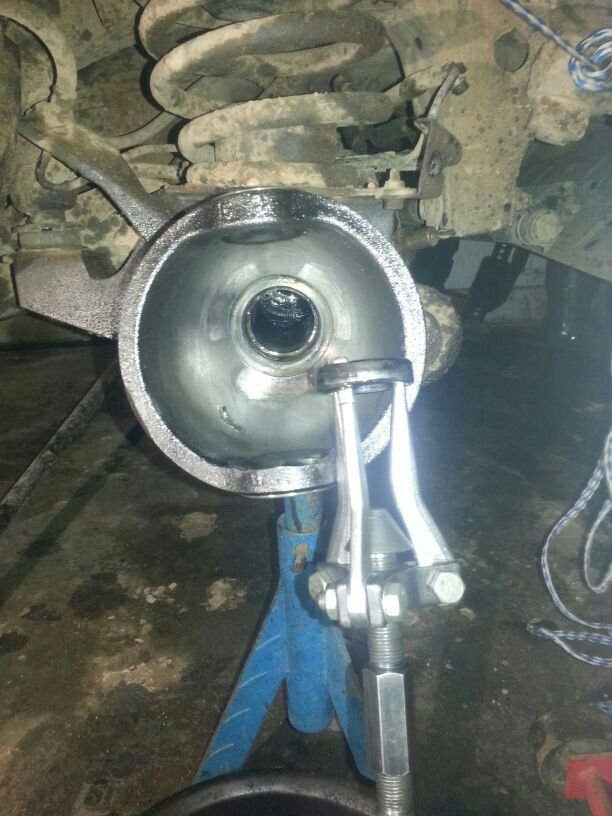 The "special" tool I had made to install the seal. A very simple slug of metal, but it makes it sooo much easier. 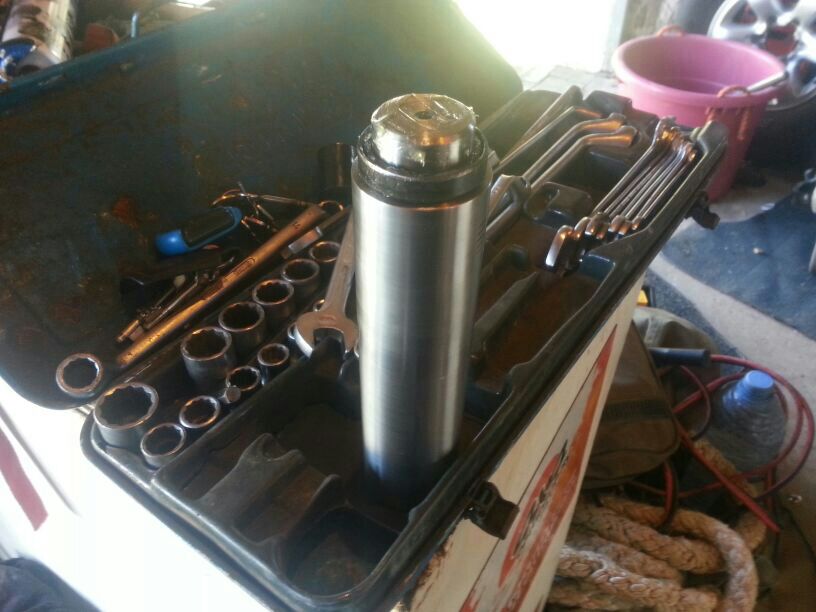 The new seal in place. 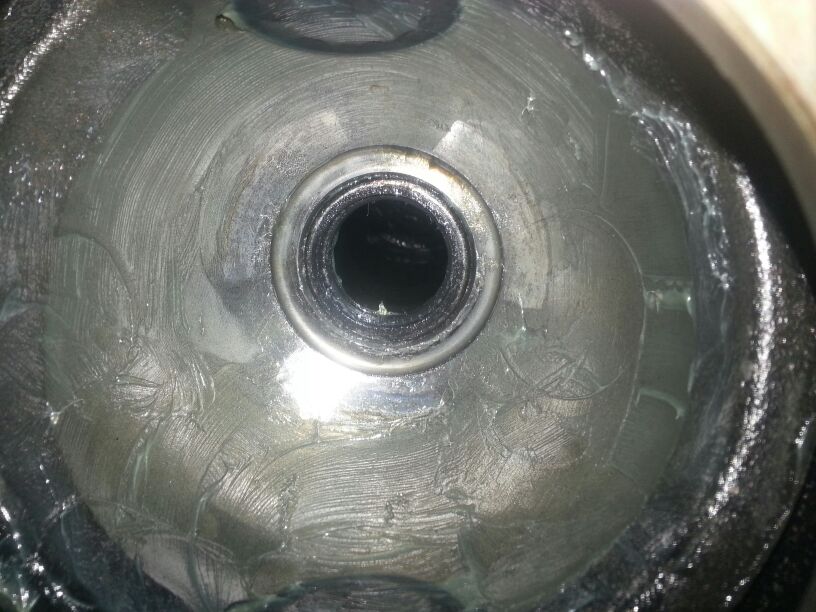 I did some research and spoke to the Shell chemical engineers some years ago. The consequence was that my Land Rover and many others had their swivels filled with Shell Alvania GC00, a thixotropic grease with a light consistency. At least one Land Rover specialist consistently uses it with great success. No more leaking swivel seals and the Alvania GC00 more than adequately lubricates. It is however only available in 20 liters minimum from Shell depots. Also very good for some types of older transmissions.
Top

For those who don't know, a thixotropic lubricant is a grease normally but temporarily turns into an oil when agitated or subjected to shear forces. Best of both worlds in some respects.
Top

Clem, the Patrol swivel doesn't have oil in it, if it does, something went wrong. The oil is kept in the axle tube by that inner seal I replaced and the CV is only greased. There also isn't a filler plug like the landy swivels.

P.S. My disco 1 also had Shell Avania GC00 in the hubs on your recommendation

Thank you Zantus. I just learned something!
Top

Oh and I was wondering why my Patrol manual says that after wading one must remove a knuckle bolt and probe it to see if water comes out. There's me wondering "How the hell's the water going to come out without the oil coming out?" Now I know!
Top

Zantus, do you have the seal part numbers?

"After getting a new seal as well the two seals that go with the hub"..... Ok the one seal is for the inner part of the hub ( in which the drive shafts go through ), but are the other 2 seals for the swivel or kingpin bearings?

I need to either replace the kingpin bearing or remove a shim from them as I have that damn steering wobble at 80Km/h, and thought that I might replace the seals while busy with that.

I got the part numbers somewhere

Unfortunately I'm in PE and at 3kg's the tool won't be cheap to throw in the mail.....I think.
Top

Unfortunately I'm in PE and at 3kg's the tool won't be cheap to throw in the mail.....I think.

How about a compromise? Sketchup/CAD drawing?
Top
Post Reply
20 posts