So I thought I would post a quick review of my new steed. Officially named the Snow Troll and replacing the Troll (my five year old names the cars). I prefer to call it the Storm Trooper.
It is a 2009 4.8 GRX with the Rob Green supercharger on it. I had Graham from G-Tec inspect it before buying and he was generally impressed.
The Patrol 4.2Td was fantastic… it had everything but speed and grunt. I found that a shortcoming in my perfect Patrol. So after a discussion with my dad about petrols I decided to test the waters. There was a supercharged troll on here and I did the research and decided it was perfect… then it sold so I was about to settle for a NA 4.8 when another Rob Green creation surfaced on 4x4community forum. Somewhere I rarely look for vehicles.
Anyway, I picked it up in Pretoria and drove it down to the cape.
WOW WOW WOW 
It is an amazing vehicle.
On a private test track somewhere in the Karoo it sailed past 180km/h and wanted to keep going after I chickened out.
On the drive down, I got to know it a bit more. I have driven a few turbos and this is the first supercharger and the linear “thrust” is very different from the lag of a turbo. In fact flooring it to pass trucks kept me very awake. It is just not natural for 2.5t to accelerate like that. I dragged raced a few BMWs up those long uphill climbs as they tried to pass.  Lets just say they never got by.
Because of an accident near Touws river and the N1 was closed I had to detour Matjiesfontien to Ceres on the gravel roads Performance and road holding was better than the 4.2td that was maybe raised a little too high.
In the Dunes it truly excelled. Once I had worked out how the engine, auto box and supercharger all worked together it was unstoppable. So an advertised 243 Killer Whales and 680 NM of torques charging up a dune is an experience. Engine temps were all well within in range and the only issue is a squealing supercharger belt at full noise.
Towing… all I knew about the 2t of Xplorer was the clunk as it came off the brake. With a satisfying woosh of acceleration when passing.
Ahhh… I can hear the collective thoughts!! What is the fuel consumption like? Well the trip down was a smitch over 6.1km/l. That is with cruise at 130km/h and I don’t hang around behind very much. So 6.1km/l over 1400km at a brisk cruise.
The dunes was difficult to calculate as I meant to fill up afterward and instead did a bunch of town driving… spirited town driving. So 234km of town and dunes 2.85km/l
Towing and some town driving after we got back 246km averaged 3.83k/l. Of that 100km of towing at 125km/h.
I am very happy. 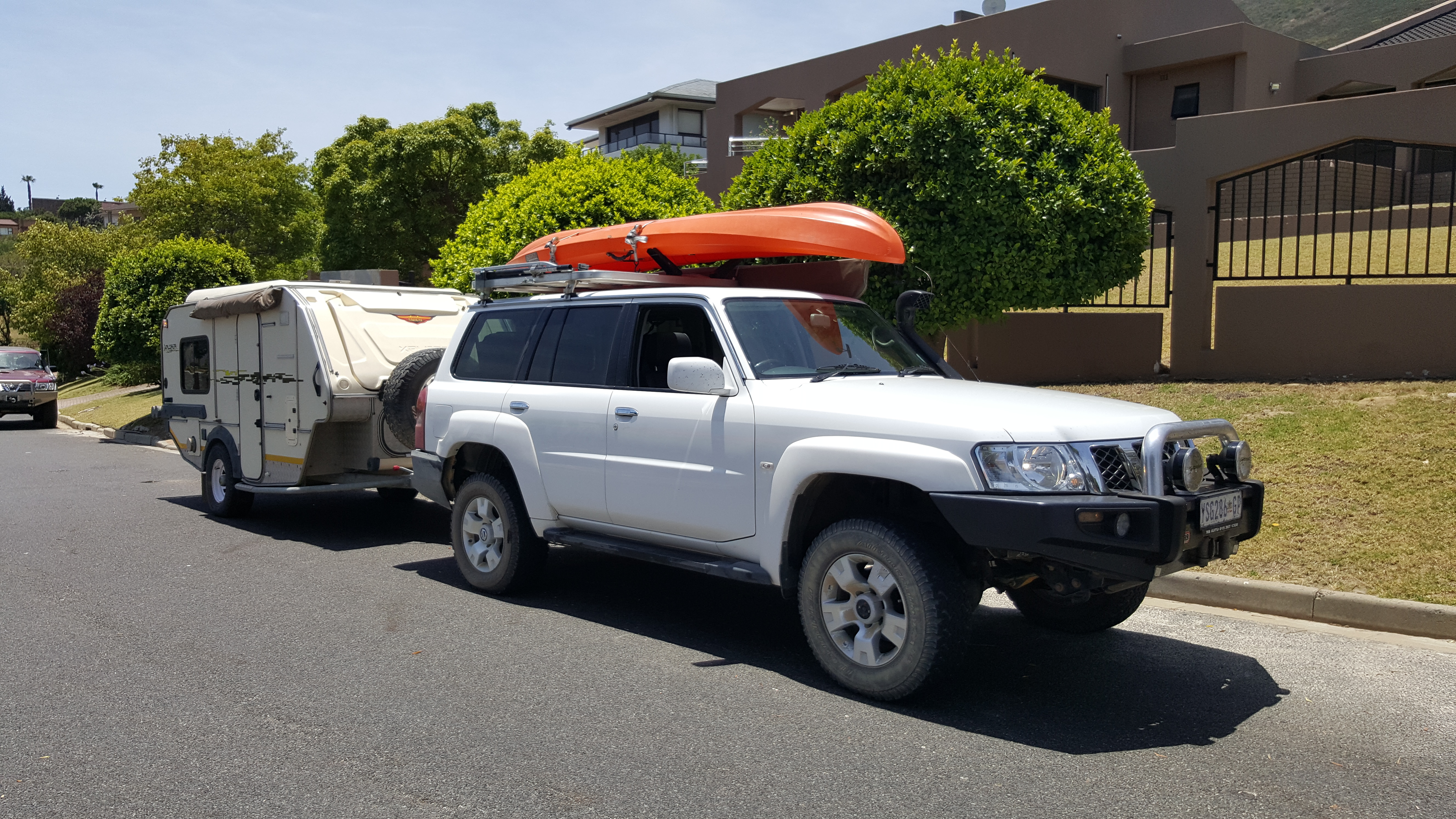 Very nice!!
Impressive numbers you have there. I am sure you will really enjoy this one

I forgot to attach this one to the first post.

Apparently the whole RGM conversion cost in the region of R200,000. All info indicated the conversion costs R120,000. I have noticed that the Troll has grooved breaks... not sure if that is standard. If not I suspect that more than just the supercharger was added.

Very cool ....every partrol junkie needs one of those in the garrage

Very nice Steve !
May it give you many happy km's of whoosh

Sweeeeeeeeeet, I can only imagine that charger noise at full tilt !!!!

Very impressive consumtion for a supercharger.
I think the all terrain 31" tyres probably helps

Kws is okayish, but that torque! Very nice
Edit: I see now it is measured off the wheels, so very good rather than ok.
Enjoy!
Skilpad, Shortie & Toro.
Top

suffice to say: "I am JEALOUS"
Don't bring God down to your level of faith ... bring your faith up to His level!
Top
Post Reply
47 posts

Users browsing this forum: No registered users and 5 guests