Ok so my first post here, I tried searching everywhere but cannot get a definite confirmation, so maybe someone with practical experience can help:

td42 - with nissan turbo strapped on by Nissan SA
or
td42t - with larger wrist pins and piston cooling jets (the real deal).

Reason why I am asking is:- if it is a td42t there is no reason not to buy one at a bargian price, set the fueling up a tad, fit a larger intercooler and kick dust in a cruisers headlights.
Top

I think that Russ will be able to give you the information because he also drive the Patrol Bakkie!
Herrie op Safari/Patrollie
1983 Safari
1999 Patrol 4500 GRX
Top

I am fairly sure it's the lower-spec motor, but not 100%
Mag ons ons kenniskry met lekkerkry aanhoukry.
Top

Welcome to the forum. Thats a good question.

To my knowledge the following is true:

To clear things up i must first make clear that fortunately Nissan SA has had zero input into the TD42 variants of any kind, and certainly had nothing to do with the Turbo issued on our SA TD42ti motors as an optional motor the Normally Aspirated TD42 (like i chose).

The TD42ti spec as issued to 2007/8/9 year model Patrol Pickups in SA are full-fledged Turbo Ready motors born out of the Japanese Factory where they assemble trucks. All the internals relevant to this are upgraded as per standard factory fitment and mated to the workings and power of the addition of the Turbo and Intercooler. Ie: The Real Deal.

However,.. these motors were spec'd as a de-tuned variant (90kw) of the Same motor sold in Australia (117kw) , for the south african market. Why? i dont know, but yes, marketed as more of an altitude compensator here, these motors have far more potential and even small mods to the mill Ie: intercooler, pump, turbo and tune) can have massive power advantages.

Every so often i wish i had bought the Ti motor , i would have enjoyed the motor mods and huge power increase.

There's nothing stopping these motors reliably producing 150kw +.... a far better option when comparing to the 4.5V8D4D power when it comes to running in 3rd world countries like South Africa and surrounds.

But alas, i will most likely drive my TD42 n/a patrol till the day i die, which will most likely be before the patrol does.
'07 Patrol Pickup TD42 N/A,285's KM2,3" Lift,ONCA Bars,Warn High Mount,Alu Canopy, and some other Stuff.
Top

Ok - so these odd few 4.2td's floating around are really a option with re power upgrade while retaining reliability.

Thanks for the responses - maybe I am not too far away from buying my first patrol.
Top

Thanks for the responses - maybe I am not too far away from buying my first patrol.

You will never look back...

Visually the 79 LC often looks better from certain angles, but the patrol can also turn out quite nicely if you so wish. 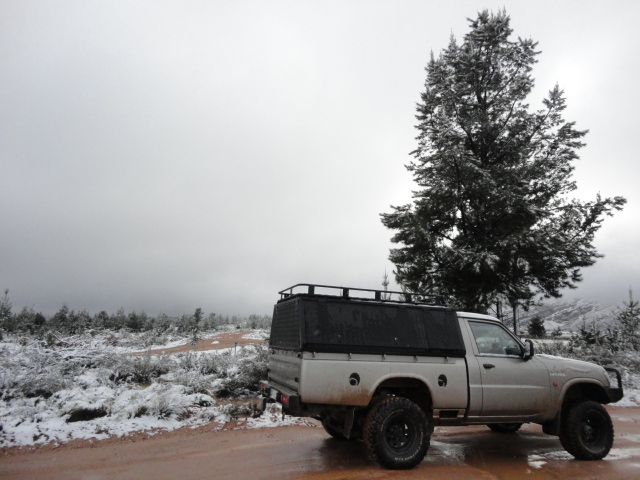 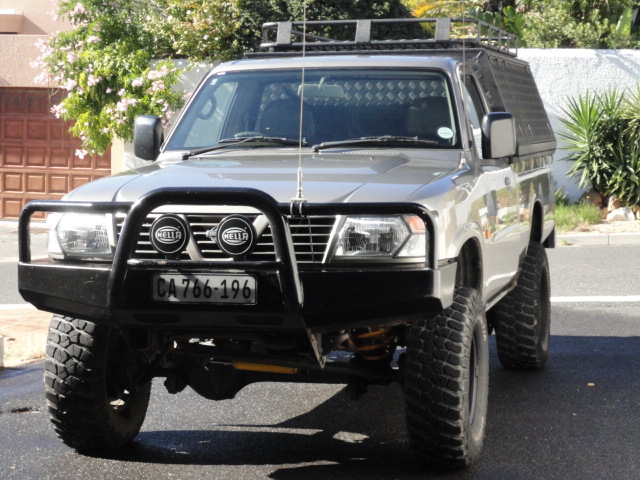 I used a LC pick-up in Ghana and our drilling company used patrol pick-ups. I determined there was no comparison. Maybe if Toyota had cut the front off a 100 series LC and used that there would be a comparison.
With great Power comes Great Fuel Consumption