We did one of these 6 day dune trips through the Namib from Aus to Walvis. This is just to give you a flavour of what you will do for your R7000 each.

First thing its tyres down to 0.8 bar (hot). I thought that it was a bit soft so I tried it at 1 bar but I couldn't make it over some of the obstacles with such hard tyres. when you wake up in the morning your tyres look almost completely flat. Thick sand driving is very different to the kind of driving we have been doing in and around Gauteng with the Nissan 4x4 club. Average fuel consumption is 3 to 4 km/litre for 650kms.

The first 2 days was driving through thick sand with lots of grass clumps. So its 2nd and 3rd low ratio all the time with never more than about 10m in a straight line. Turn this way turn the other way and again and again. forget about those pictures of nice smooth brown dunes with hard sand. By the end of the two days the hands are sore from turning the steering wheel.

With a patrol like mine in thick sand when you turn nothing happens. You have to turn well before you actually get to the corner because it carries on straight till you start wondering, did I really turn the wheel or not? Then after what seems like an age the big ship starts to turn. Now the problem is that the time delay after you turn when nothing is happening is different according to speed and how hard or soft the sand is. It takes practice.

In amongst this is the odd obstacle. Some are 1.5 kms long, with turns and grass klomps and bad cross axels. To get out on top you are going flat out in 3rd low ratio, red lining the rev counter all the way and belting over humps and holes in a way that makes you think you are killing your precious 4x4. Its real voet in die hoek and tie down the load stuff. If like me, you are lucky enough to be at the back everyone in front of you will have messed up the "track" and your job will be more difficult. Don't be fooled by the nice pictures - your vehicle is going to take a hammering. The nice part is that you really learn where the power band is on your rev counter.

Then when you get amongst the dunes proper there are the slip faces down the dunes, almost vertical where its all about slow as you go and keeping it straight when you have virtually no traction. Get sideways and that's it you are gone. The real tricky part is hurtling up a long dune at pace and timing it so that you stop just over the crest and you don't hurtle down the slip face! Another little worry are those tight turns at the bottom of the slip face with your tyres at 0.8 bar. think a bit about that.

Something about the vehicles. There were only 4 standard vehicles in our group. The others were all modified. There were 2 patrols, a 4.2 SGL and 4.5 petrol. a Toyota double cab bakkie D4D (diesel with turbo) and a Toyota 70 series Land Cruiser - diesel (no turbo). Well you may be surprised, as I was, to learn that the one that performed the best was the Toyota bakkie and the worst was the 70 series which really struggled to have the power on the long up hill obstacles.

The guide had a modified 4.5 litre Toyota bakkie. It had a modified chip but that engine really impressed me. It was far more powerful than the 4.5 l Patrol. its a pity that they don't make those any more.

It may be obvious, you need a good guide. Its quite easy to get your self in a real jam in the dunes. This would take too long to explain. The same applies to those stretches where you have to make a dash along the beach at low tide. There were some long patches of very wet and soft sand where recovery would have been very difficult before the tide changed. So again its voet in die hoek and forget about the sea water in your engine!

The views are fantastic and don't forget your sand board! Here are some pics from our trip. 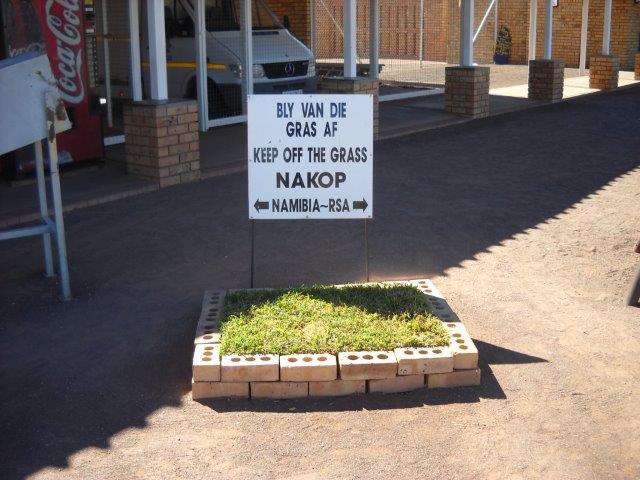 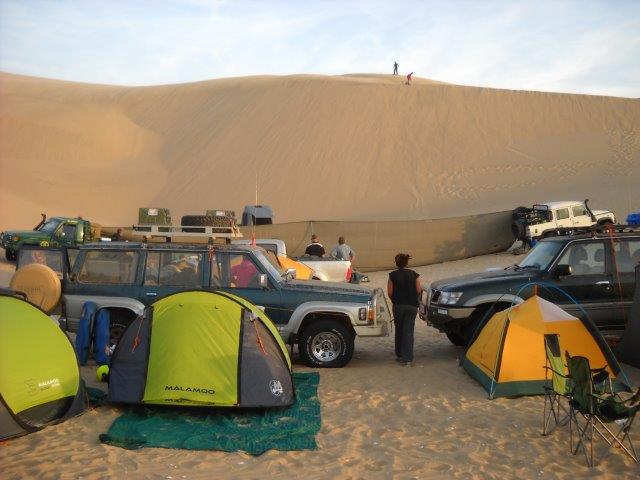 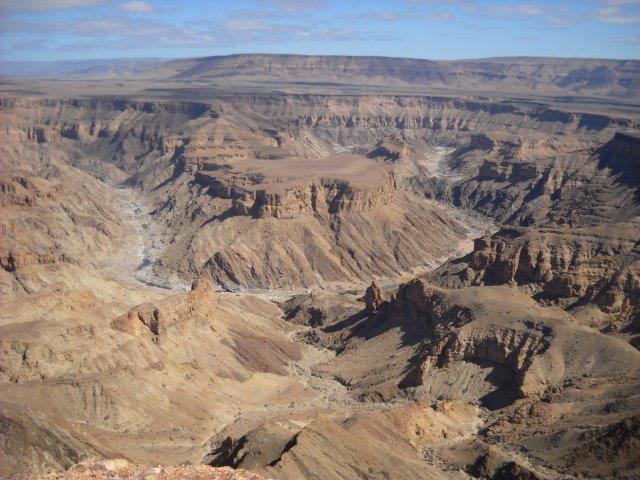 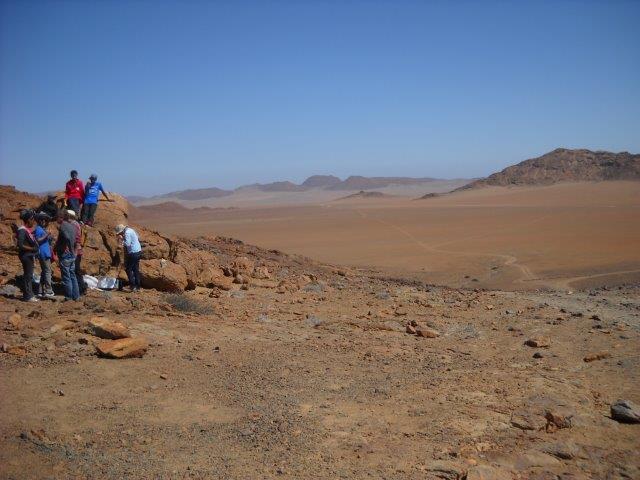 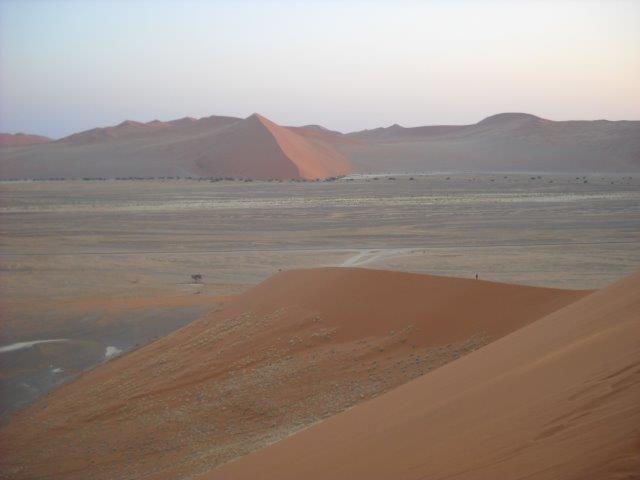 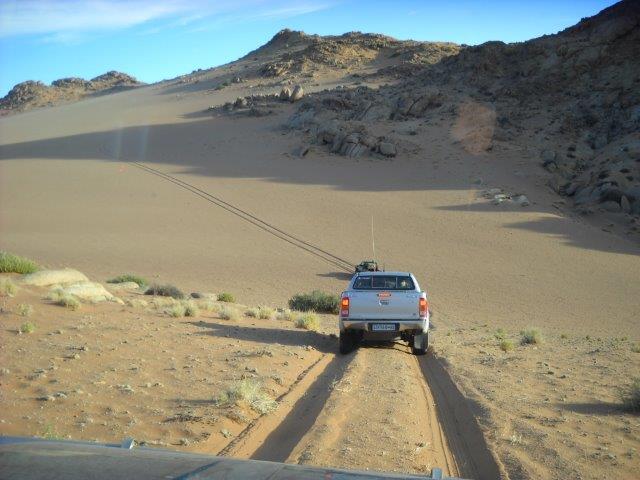 Sounds like a fun trip - was it with 'Faces of the Namib' tour.
I been thinking about doing that one.
Would you recommend it?
Top

Thanks for the advice. Much appreciated. Nice pics too. This trip is on my bucket list!!!

Chris no it was not " Faces of the Namib" but I think these trips are all pretty similar. If its on your bucket list then you have to do it. It was cold in August so I would probably try and go when its a bit warmer and hopefully when the wind is not so bad. Camping in sand in the wind is another thing........Another option would be to choose a shorter one like 3 days.
Patrol 4.2 SGL
Top

Overdrive wrote:Chris no it was not " Faces of the Namib" but I think these trips are all pretty similar. If its on your bucket list then you have to do it. It was cold in August so I would probably try and go when its a bit warmer and hopefully when the wind is not so bad. Camping in sand in the wind is another thing........Another option would be to choose a shorter one like 3 days.

We were there doing Faces of the Namib from 5 Julyto 12th -- and we had 30 degree ++ every day [nights were below 10 ] I was running the aircon every day .
Don't bring God down to your level of faith ... bring your faith up to His level!
Top

I did the Luderitz - Walvisbay trip in September 2013 with my Y61, 3l Diesel. OME suspension. The weather was great, never too hot during the day, so I did not have to use my aircon, windows open was fine, even though I still have sand in the vehicle. I hardly ever used low range, high range was far more relaxing, my consumption was 5 km per liter. Tyre pressure was 1 bar, perfect. In between high dunes one cruises along at 3000 revs max, I would guess that the engine is working really hard only 10-15% of the time. The trip is a must for desert lovers, big sky, shipwrecks, old diamond digger settlements, seal colonies, jackals, brown hyena and a pair of crows that followed us for 4 days! We even came across the skeleton of a strandloper.
Top

If Toyota diesels can make it then I'm pretty sure Nissan ones can!

Ha ha - you survived Atlantis so this should be fine. Can just imagine all the smoke if you hit one of those long climbs...