Have you spotted one of our Forum members in the Press or on TV?
Forum rules
Post Reply
3 posts • Page 1 of 1

Most of us know that the Nissan Patrol is made by the Nissan Motor Company in Japan. What most people do not know is that the Nissan Patrol is one of the world’s oldest production SUVs. Introduced in 1951, this iconic SUV is popular throughout the world. In 2013, a new Guinness World Record for towing the heaviest aeroplane with a stock production car was set with a Nissan Patrol, after it pulled a 170.9 ton cargo plane 50 meters at the Sharjah International Airport in the United Arab Emirates. Then on the 16th of August 2015 another title was added to the Nissan Patrol world record tally, after it became the fastest car to ascend a 100m sand dune. The dune in Wadi Rum, Jordan with its intimidating slope of 49 degrees was ascended with ease in a time of 4.9 seconds, proving the Patrol’s power and off-road capability.
Then you will all agree, it’s no wonder that Frans Fourie (aka Tour de Frans) loves his 2009 Nissan Patrol Pickup with its 4.2 litre turbo diesel Y61 engine. There’s a lot to enjoy in this car built for the Namib dunes and camping in the wilderness – its awesome chassis (3 inch fox racing suspension) drive-train and comfortable cab, big wheels and huge power. Frans took the load bin off and had a flatbed built by C&A Productions and fitted an external roll cage. The front bar was built by BURNCO. The rest he did himself. The front axle is fitted with an air locker and the rear standard with its own limited slip differential. Drive-shafts, side-shafts and CV’s are all stock. He converted a 6.2L LS3 in to the frame with the standard transmission. Frans modified the engine with some stronger internals. The engine produces 320kW and 605Nm’s of torque. Then there's a little button Frans likes to push and the power then jumps to 410kW and 818Nm

Every running part is lubricated with Ravenol.

The vehicle is also fitted with a gas shower with 100 litres of water and a fridge to keep Frans’s cool drinks cool. The Patrol carries 325 litres of fuel which is treated with Ravenol Octane Booster.
On the 7th of November Frans will be competing with other Nissan enthusiasts from the Club23 Outlaws (GT-R - 350Z - 370Z – 280 ZX – PATROL) in the east of Pretoria. We wish him all the very best with his Patrol. We are certain he will impress. As the clubs slogan says “Come and defend your position”.
Top 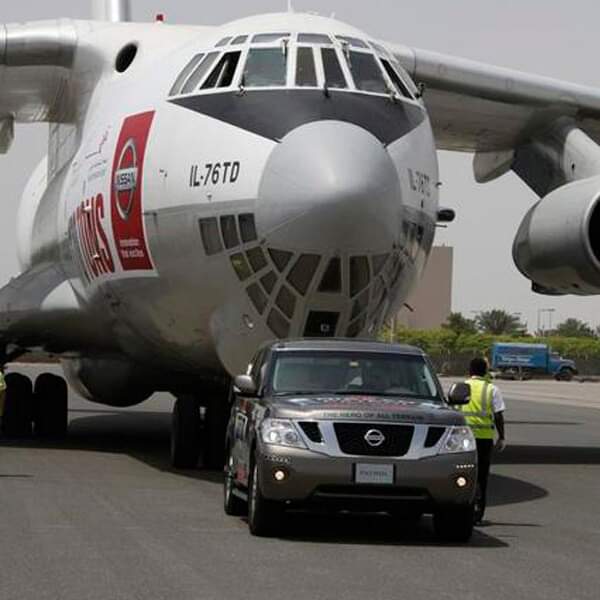 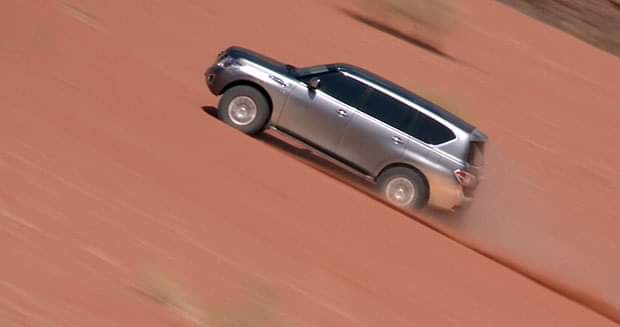 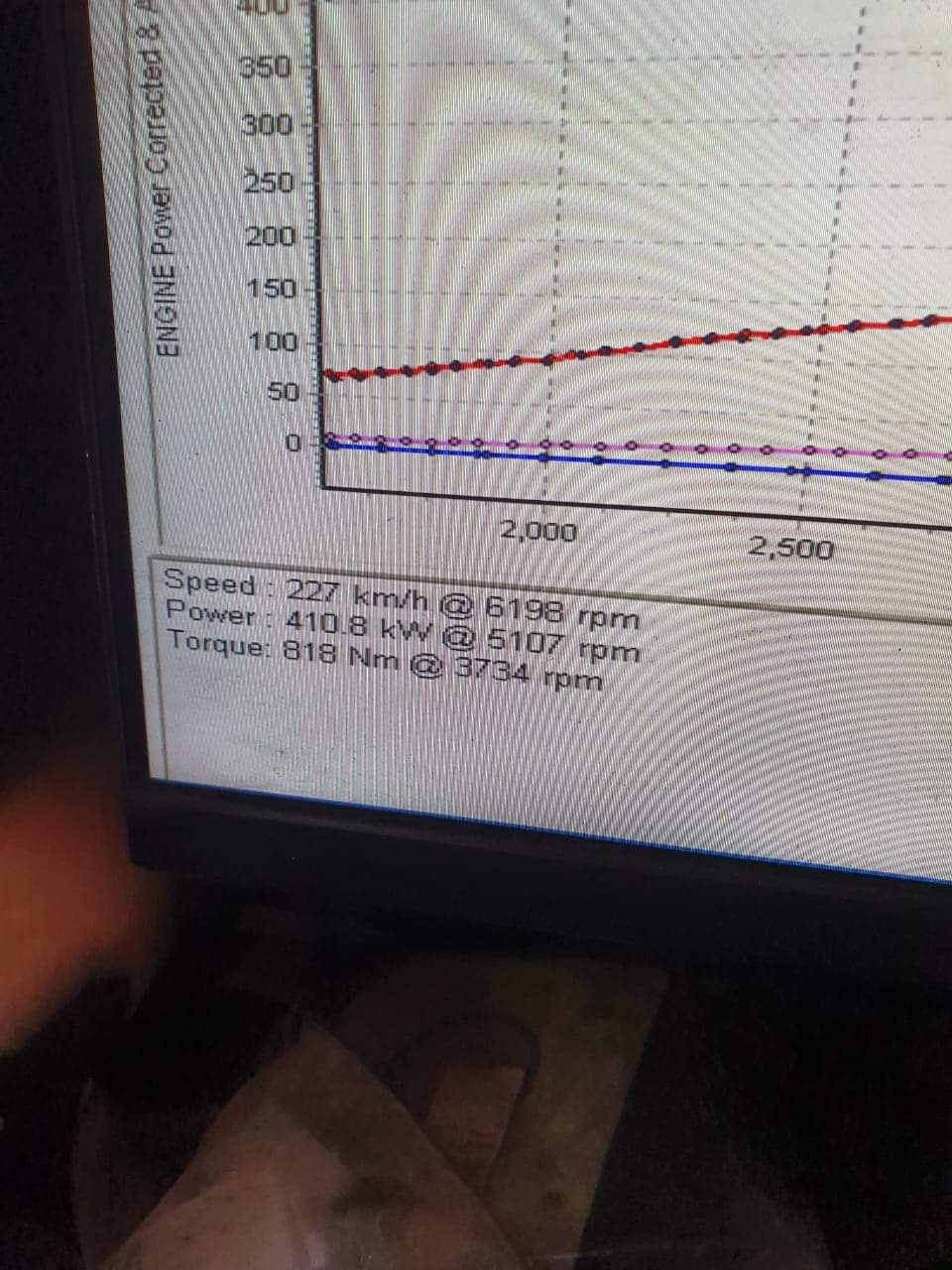 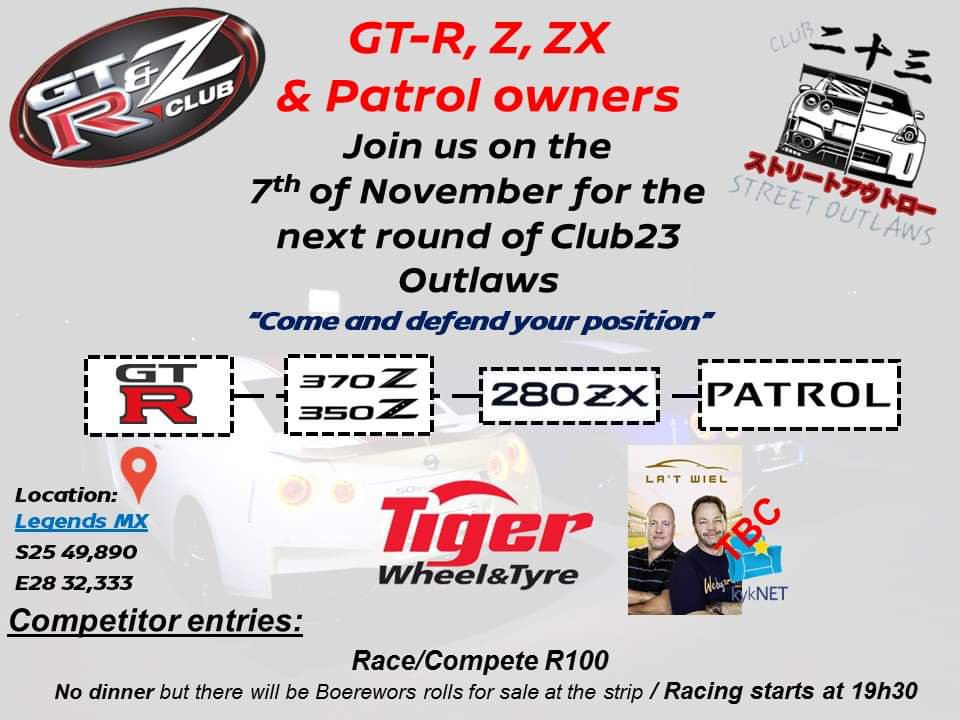