Nice one Graham! Many happy miles

Removed second battery that was rattling around in the engine bay, as well as all the wiring and solenoid thingy. Glad I removed it as soon as I did - the massive cables running from the second battery to the rear were routed through the chassis, and the positives had almost chaffed through where they entered the chassis! No fuses in sight.

Today I picked up a set of electric front seats from fellow forum member Danie (thank you very much again!). Nice to be able to replace the old seats, they were totally shagged. 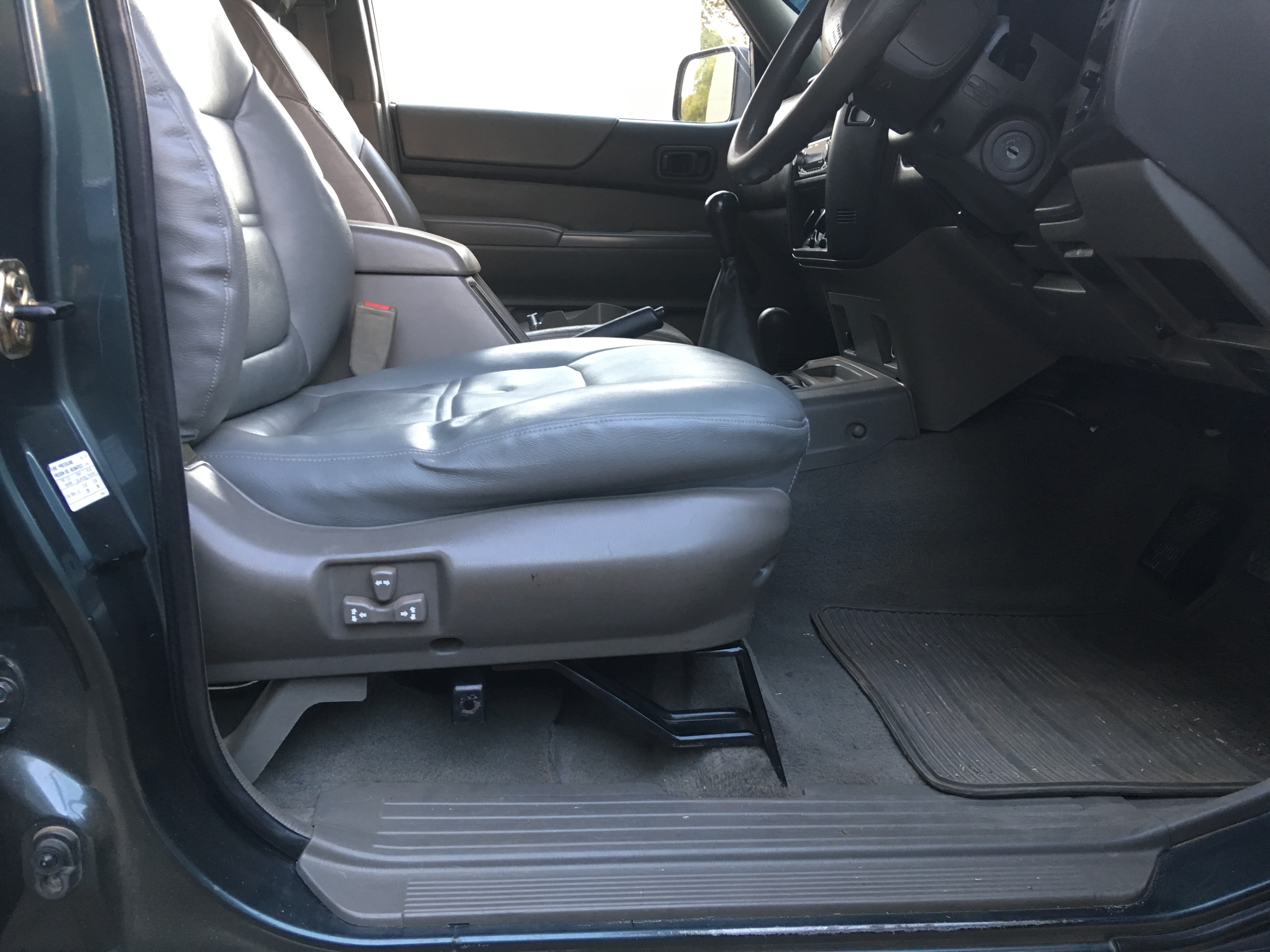 In the process of changing the seats I found what is apparently a tracker unit under the passenger seat. This could be the reason the battery keeps on dying. So now, how do I remove a tracker?

Pick me pick me
Top

Tracker will do it for free. They also should have details on the installation log. Call them. I'm sure you'd have to supply previous owner details for contact/affirmation etc.
'07 Patrol Pickup TD42 N/A,285's KM2,3" Lift,ONCA Bars,Warn High Mount,Alu Canopy, and some other Stuff.
Top

Russ Kellermann wrote: ↑
02 Oct 2019 08:31
Tracker will do it for free. They also should have details on the installation log. Call them. I'm sure you'd have to supply previous owner details for contact/affirmation etc.

I'll do some research, hopefully theres an easier way.
I'll get hold of Ant, he'll know I reckon
Top 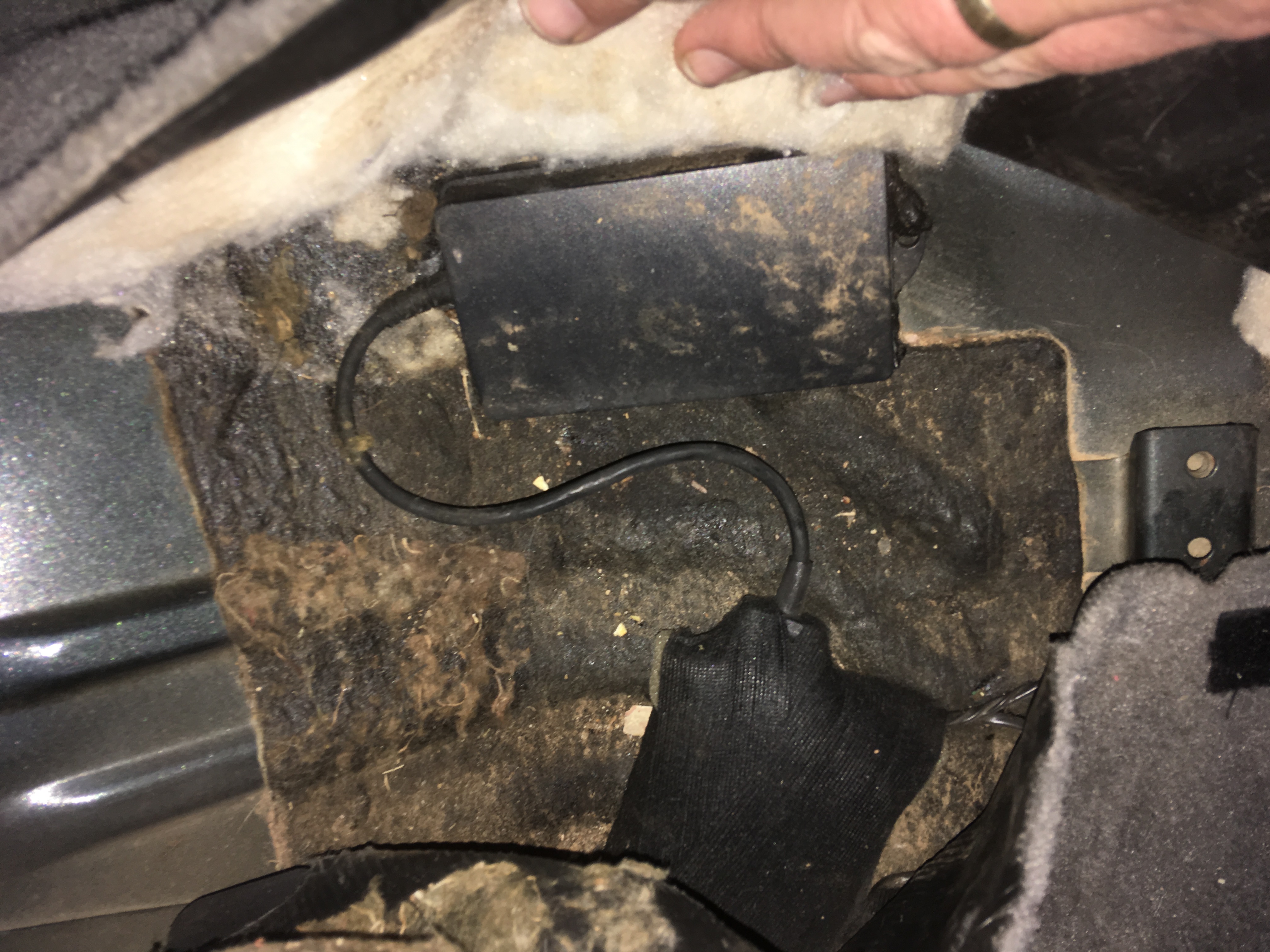 Ok, lets do a little update:

I havent used the vehicle THAT much to be honest. My grand ideas of using it as a daily never happened, Id just be too tired each day fighting the thing up the hills.
I did one long drive to Postmasburg and back with it, the fuel consumption was around 11 km/l, I was blown away!

I also fitted canvas covers, thanks to IanT's guy. Man that makes such a big difference to an interior!

In the meantime, I bought a turbo and manifold from Anthony (he replaced this one with another turbo setup), and I eventually got the vehicle to Michael last weekend for the long awaited turbo conversion. It was going to be simple and easy (and relatively cheap).

That was the plan anyway, until two days ago, after much talking with the TD42 brains trust, I decided to pull the trigger and buy Tommies old motor (viewtopic.php?f=69&p=109186#p109186).
So, from starting with an idea of a very small project, to now going the full monty!

The project should get going in the next couple weeks I guess.

So, if theres anyone out there that wants a very nice NA td42 motor, as well as the bits and pieces to turbocharge it, theres one going cheap cheap
Top

Graham how much do you want for the package and what is included?
Top

Hi, it seems the motor was sold this morning. Sorry about that.

I still have the turbo, manifold and oil pickup(I think that’s what it is?) if you find a motor and want to bolt on extra power
Top
Post Reply
30 posts