The 4.8 starter motor is part number 23300-VC201. I know this from JP sending a photo of his starter motor to me recently. Also confirmed on Part Souq via my 4.8's VIN number.

Images on PartSouq also indicate that the starter pinion gear on the 4.5 is considerably longer than the 4.8 (highlighted red on the images below). 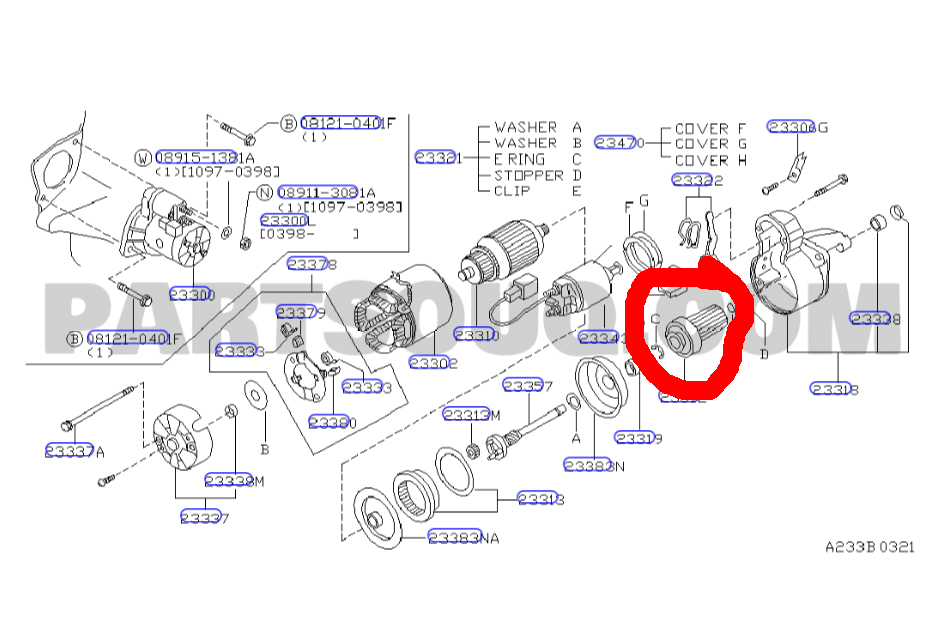 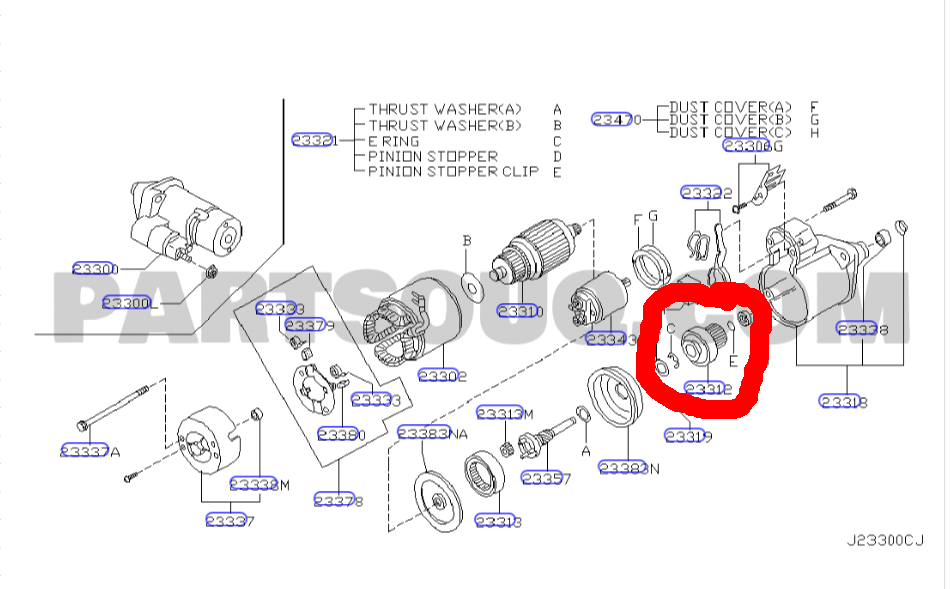 I seem also to recall that Graham told me that the motors are not interchangeable, although several people have told me they are. The strange part is that digging through Google in terms of automotive parts, there are several drop-in replacement starter motors which claim that they are drop in replacements for both VB000 and VC201 starters. But I am now starting to get very clueless.

Is there somebody who knows whether they are interchangeable or not before I go and order things which might be incorrect ?

Just had a quick look on Patrolapart, they sell the starter with the short pinion as the replacement starter for the TB42, TB45 and TB48 with a side note that you just have to check the plug on the starter as they can differ.
"The Just shall live by Faith" Rom1:17

One other thing I just spotted. When using the VIN of a facelift 4.8 AT on Partsouq I get another part number.
But interestingly, it gives both your and JP's starter part numbers as substitutions........ so should work

I have fitted a 4.5 starter to my 2003 4.8 at when my starter packed up groot seun had some ones spare in his garrage and we used it while we were looking for spares for my original one
Top

Thanks Michael and Tinus. I'll do an experiment at some point when I have the time.
Top

The 4.8 starter recently started acting up. Pulled the motor and swapped out the brushes with the brush kit in my spare 4.5 starter whilst waiting for a spare.

Ordered a spare locally for the princely sum of R2,300 for a Eurolek part. However, I came across some interesting part numbers.

After replacing the 4.8 motor with the new one, and stripping both VB000 and the old VC201 starters I now have spare, I can actually see no difference between them at all. From my examination of them, the brushes are identical. As are the reduction gears. As is the commutator. Even the pinion gear is exactly the same length.

In short, it seems as if the 4.5 starter can be used as a drop in replacement for the 4.8 and visa versa.

Additionally, looking at the generic Euroloek part number, the documentation indicates that it is a drop in replacement for all petrol variants. 4.2, 4.5 and 4.8.

Anyways, I guess that clarifies everything.
Top

Thanks Ian. I'm looking to buy one as a spare. Very useful info. Thanks
Top
Post Reply
7 posts • Page 1 of 1