Still hoping more guys will report on their tires once they are pretty much worn out, but it would be hypocritical if I didn't keep doing it myself...

In March 2018, Tinus organised me 4 slightly-used Dunlop MT2 muddies from a friend of his who has a fitment center down in the Cape. I asked the guy to add a 5th (which was new of course) and the five together came to R7300, including shipment up here.

The size was 255/85R15. According to the Turbonator this size is gay, but I firmly believe it is one of the two best sizes available for a GQ (the other being 33x10.5R15). Unfortunately, it is also a relatively uncommon size, with only a couple of brands offering it. 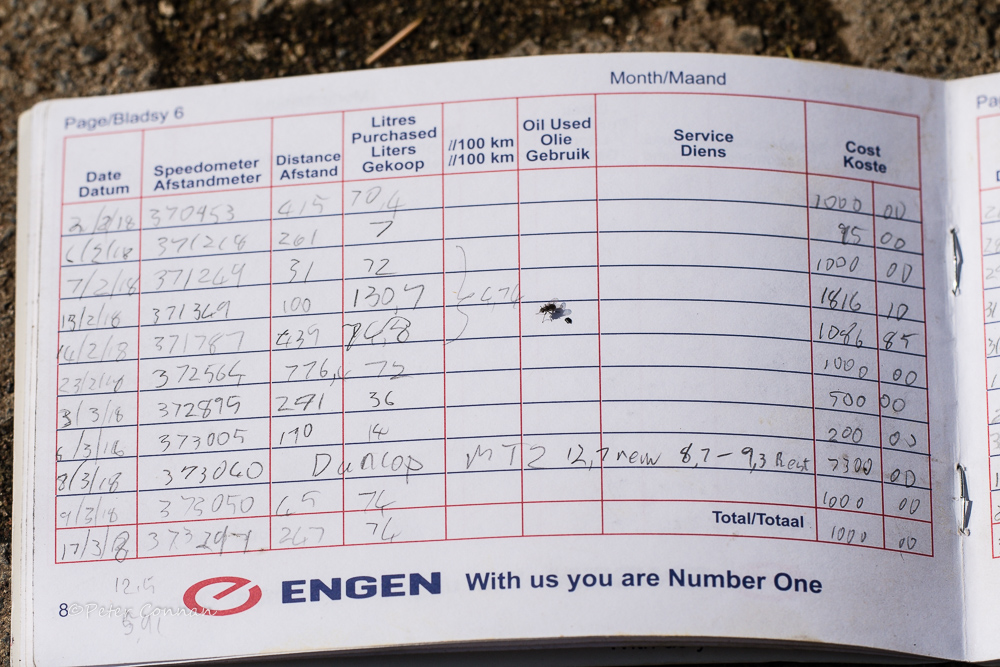 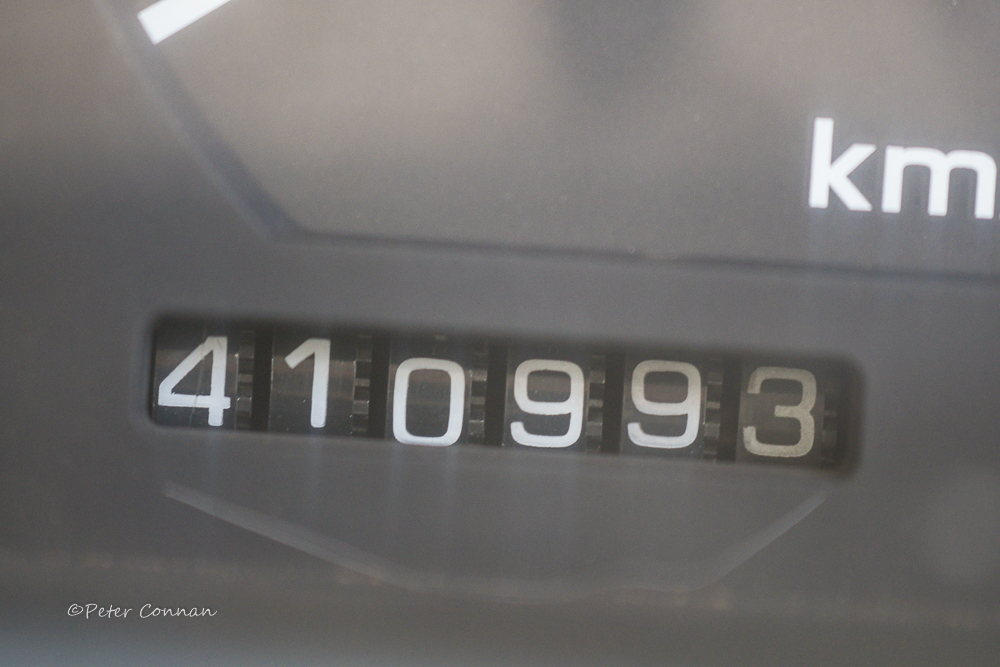 Now the astute among you will realize that the difference is only about 38k km. Which is not much. However, I have to admit that I am a lazy bugger, and only rotated these twice in their life, which is not the way to treat muddies. I guess a decent rotating schedule could have squeezed another 5k out of them. In fact, I guess I can squeeze another 5k out of them on the road, but they will be pretty useless off-road past this point.
Also, due to the low purchase price, running cost is only R0.19/km (for the set, not per tire). I reckon that's not too bad. Let's assume a set of some other brand gives you 100k km (which is more than what I personally got from the BF AT's which was the first set of tires I bought for this car). Those would have to cost less than R3800 each to match this running cost.

Now for the other omportant question: how did they work?

Well, I my first big trip with them was the Botswana trip organised by Dirk in 2018. On this trip, I felt they were BRILLIANT. The narrow size meant that I had less drag in the soft sand roads that make up probably 50% of any Botswana trip. They also worked very well in the mud. For hundreds of KM on that trip, we were driving rutted mud tweespoor. Everyone was trying to stay one-wheel-on-the-middelmannetjie, one-wheel-on-the-side, but everyone was slipping in withing a couple of yards. I found I could often stay on the edge, and when I did fall in, it was much later than most of the other guys.

I never got stuck once either, but that was true for most guys. It was quite clear on that trip that the guys who got stuck were the guys with the small-diameter tires. They simply ran out of ground clearance, but in doing so they graded down the middelmannetjie for the guys behind them...

On the road, they were only slightly less convincing. In terms of traction, they were certainly no worse than the BF's or the Bridgestones I had before, but also probably not all that much better. However they are pretty noisy, and at low speed (under say 20km/h) they had a distinct vibration due to the aggressive knobblies.

On the rocks they were also perhaps average. On Koos se Klip this year, I struggled to find enough traction, having to take three bytes at it. Some guys made it look a lot easier, while other guys couldn't get up at all. I do suspect that that is the one usage case where the narrower width is a disadvantage, as it is when braking on dry tar.

However, during the entire life, I have not had a single puncture. This is the first set of tires I can say that for.

Now onto damage. Here towards the end (they are now just less than 5 years old, having been made in week 42 0f 2015 if I read the date stamp right), 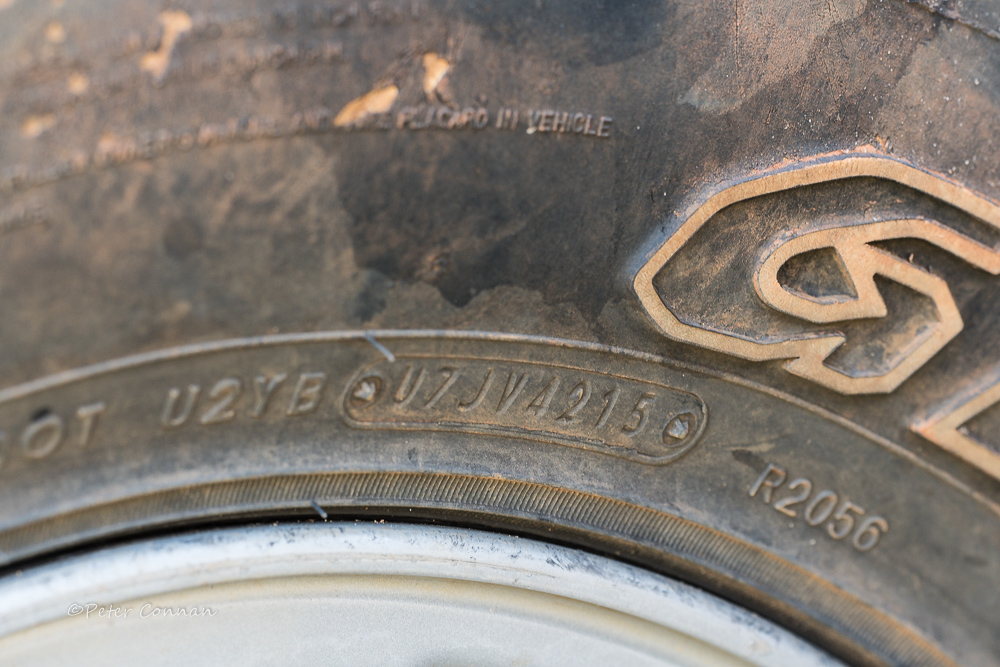 they have begun to look pretty badly abused. 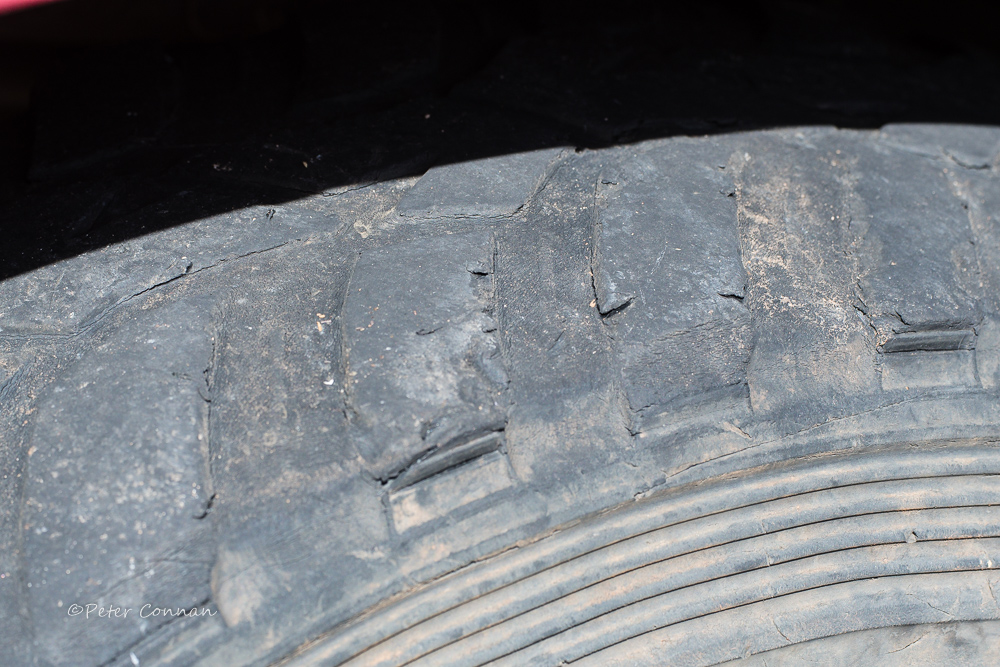 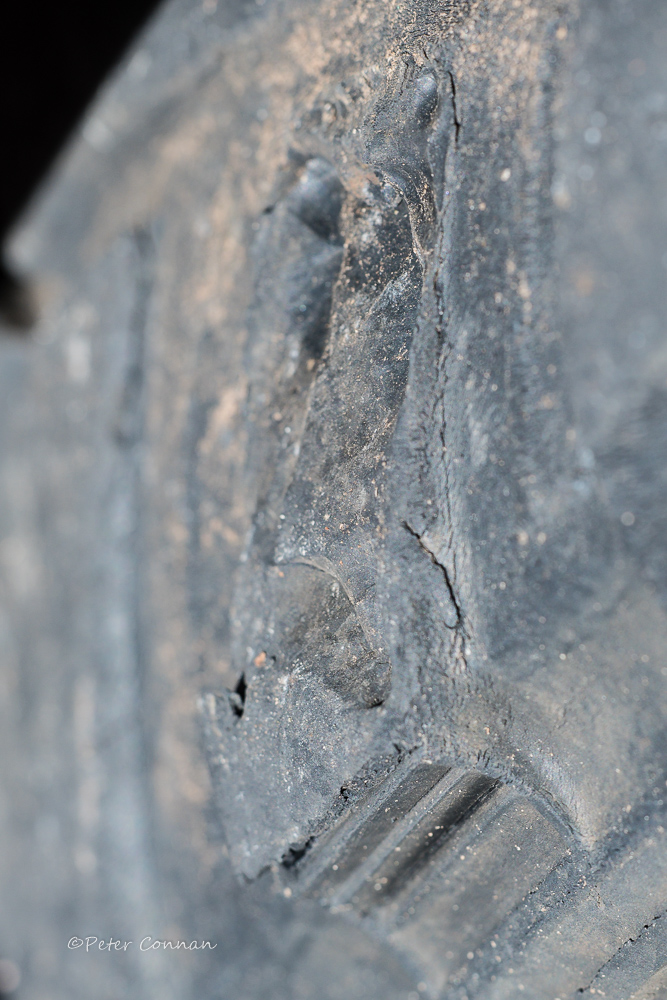 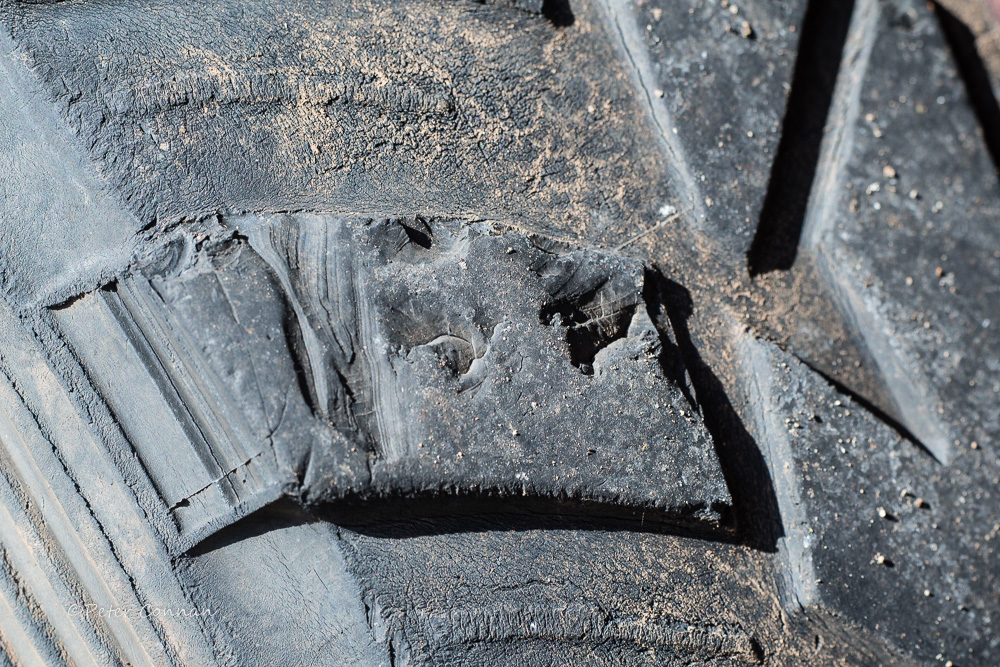 On one tire, an entire tread block has been torn off: 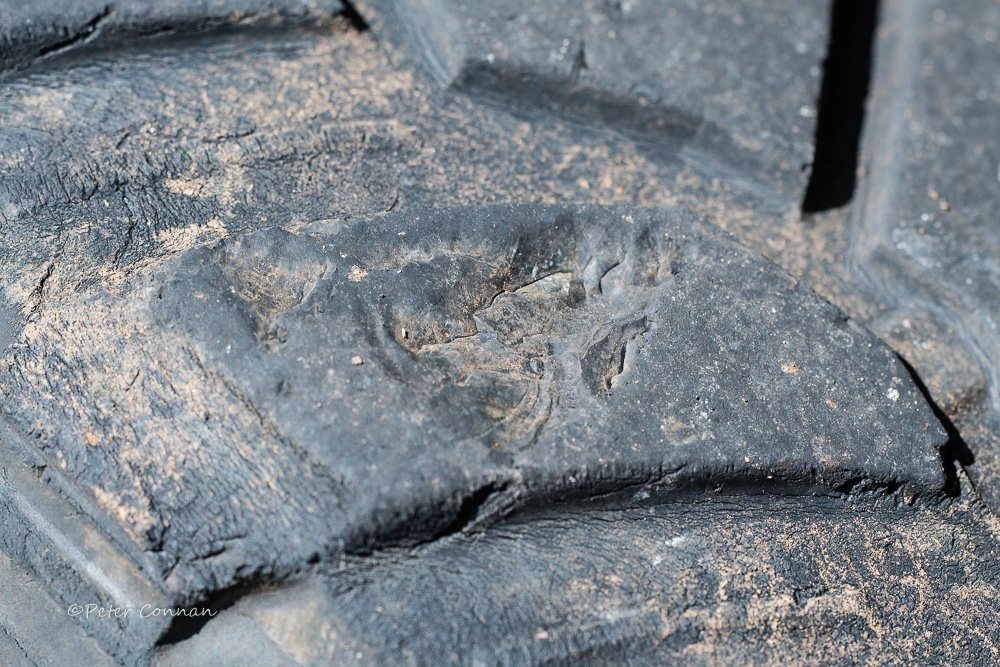 However, the spare tire (which was taken out of rotation probably 10k km ago) shows much less damage although still being the most worn: 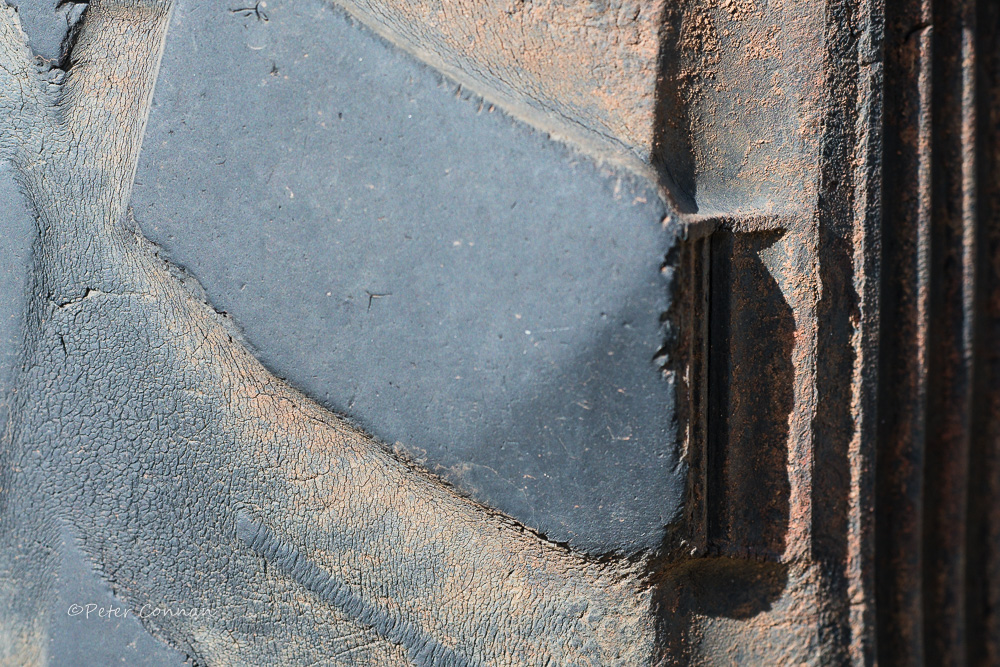 (note the clear heel-and-toe wear on that one due to me not rotating them frequently enough).

After the first couple of tough trails, there was almost no tearing present, and they were looking really good. It's really only during the last few months that they have started tearing up like this.

All told, would I buy them again? Would I recommend them to others? Actually, yes, I think I would. They have been my favorite set of tires thus far.

However, contradicting myself, I haven't bought another set of them this time. And Tinus is once more to blame. And so is Errol. Between them, I scored a set of seven used Coopers for R5k. Even though the size is even more gay (and I even think so myself), at the price and with my current financial situation, I just couldn't pass them up! Dankie weereens julle twee.
Mag ons ons kenniskry met lekkerkry aanhoukry.
Top

Gelukkig is my vel net so dik soos my beursie! 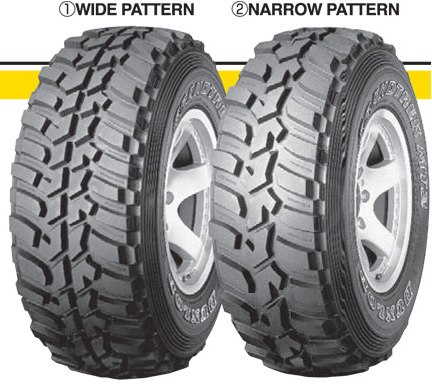