The 3.9 is not a Jaguar motor. It was originally a Buick motor. Buick designed it for the Skylark, a sports car project which they later dropped. They then decided to sell the engine design. This was way back when your grandfather was still a young man… :-) As it turned out, Rover at that time were looking for an engine for the Range Rover. They bought the rights from Buick. I think a million or more units have been made since then. It is a very good engine, even if an old and obsolete design by today's standards (for example, it has pushrods). It will get more and more tired but it will go on and on more or less for ever. There are legends of them running with equal mixtures of water and oil in the sump for many months. And so on. There are better engines by today's standards but it really is not a bad engine. A quick way to get an idea of the condition of the engine is to open the oil filler cap and look inside. The blacker and dirtier it is, the worse the condition of the engine.
Top

IanT wrote:Hay Hay Hay don't knock the older landies!! I have had about 5 Disco 1"s over the years and all but one (Immobilizer fault) have never let me down. I would stay away from the Disco 2's just too many electrics in them. The Disco 1 is based on the range rover classic which has bead manufactured since the early 70's so has had all the problems ironed out over the years. There have been some problems reported with broken side shafts but more on the series landies and the defenders. I think it is the most comfortable SUV I have ever driven (more so than my Disco 4 and my 4.8 Patrol) The driving position for me is perfect

Fuel consumption is about the same as the 4.2 patrol, parts are cheap and easy to get for R31K I would say that is a good deal

There was a general factory problem with dry joints on the spider immobiliser behind the dashboard. While it was difficult to get out, it was very easily fixed. A quick workaround if you had a problem in the bush was simply to run a wire from your battery positive to your coil positive. I have never managed to break a side shaft on a Discovery 1 and I have never heard of anyone breaking one (Series land Rovers, plenty – it was effectively an intentionally designed weak point in the transmission, pretty much like a fuse). And let me say that I have managed to smash a back differential on a Discovery 1. That is also not easily achieved. The one-week point in the manual transmission is the fifth gear, which is really designed simply for coasting and should not be used with wire throttle openings. The other thing is that they were actually designed to be run with ATF – specifically MTF 94. They run beautifully on that but people are in the habit of using normal transmission oil in them and there are a few problems with that – the synchro's done shift properly when it is cold and the oil pump has difficulty circulating conventional manual transmission oil, particularly when the transmission is cold.

I have a Discovery 1 which I have had now for nearly 20 years. I think my Patrol is a far better vehicle but I have not had nearly as many adventures in my Patrol as I have had in that Discovery.

They are not bad machines but you do need to make allowance for age and some peculiar niggles which are normally fairly easily resolved if you know what you are doing. Altogether, they are currently pretty much a bargain.
Top

Johann 1984 wrote:You guys are right. Read up about it last night. Seems that even the mechanical V8 with less electronics than 2 has some issues. I am not in the mood for consistent repairs day in and out. I'll give it a skip. I am looking for an 4.2 box shape now! 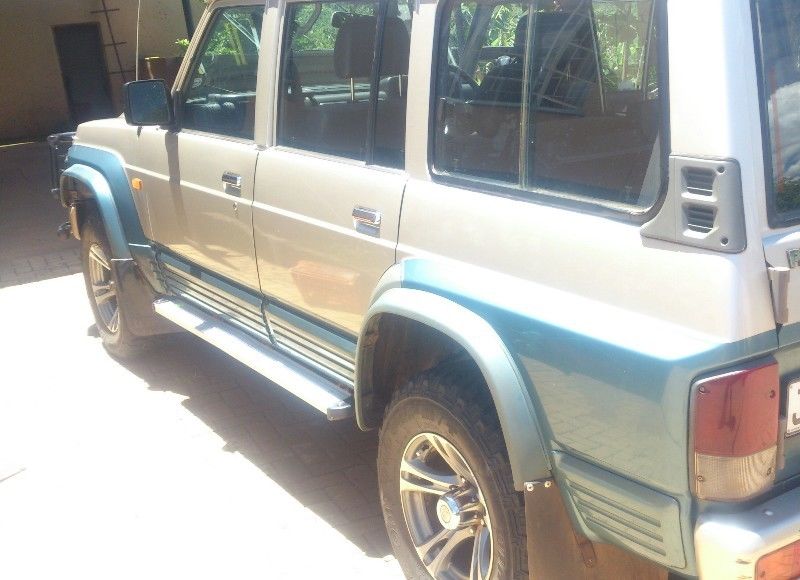 Every dog has his day!

It's undeniably a beautiful truck. i love the colour as well. Did those old guys just have LSD and no rear locking differential? Also, 520 000 km... Isn't that getting a bit steep? And the motor has been done on 400 000 km. Is that a good or a bad thing?
Top

What do you think of this 4.5 petrol Patrol short wheel base? For 55k? I phoned. It's got 289 000 km on the clock. Do they have the short wheel base models in 4.2 diesel as well? Are these stubbies rare? This looks awesome but would prefer the diesel. Do they come around?

Johann, the diesel GQ's usually have LSD's instead of lockers.

In the time I have been active on this forum, I have seen about six shorties. Three of them were at some stage sold or bought. So scarce is probably not the word. Rocking-horse poo...
Mag ons ons kenniskry met lekkerkry aanhoukry.
Top
Post Reply
18 posts