My Back Bumper Build

My Back Bumper Build

I'll document my back bumper build here as it progresses.

I've had the bits and pieces to start building my bumper lying around in the garage for a month or two now. Simply not had time to get started yet.

On Saturday, I thought I'd remove the towbar so that I could start on Saturday afternoon / Sunday. What a mistake...

To put it this way, the towbar has been on the vehicle for about 15 years, I guess. Started by spraying all the bolts and nuts with Q20 and leaving it to absorb for a while. First and second bolts (left and right hand side right at the back of the vehicle) came off relatively easily.

The third bolt was a mission, and then the spanner broke whilst trying to get it loose. 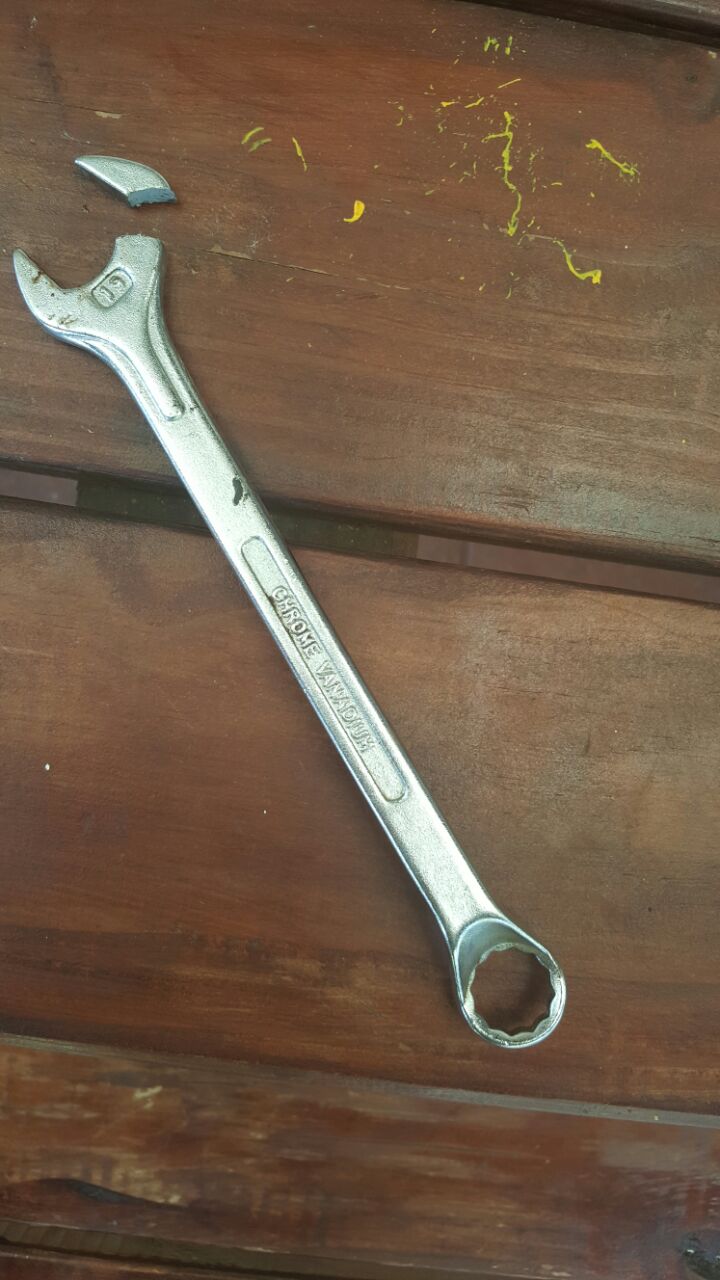 Yes - I know this is a crappy "chinese"-type spanner, but my set of Gedores only go up to 17. I'll rectify that at some point. In any case, I called the wife to get me a new 19 spanner, and modified the ring side of the spanner so that I could continue working on the bolt whilst waiting for my wife to get back from town. 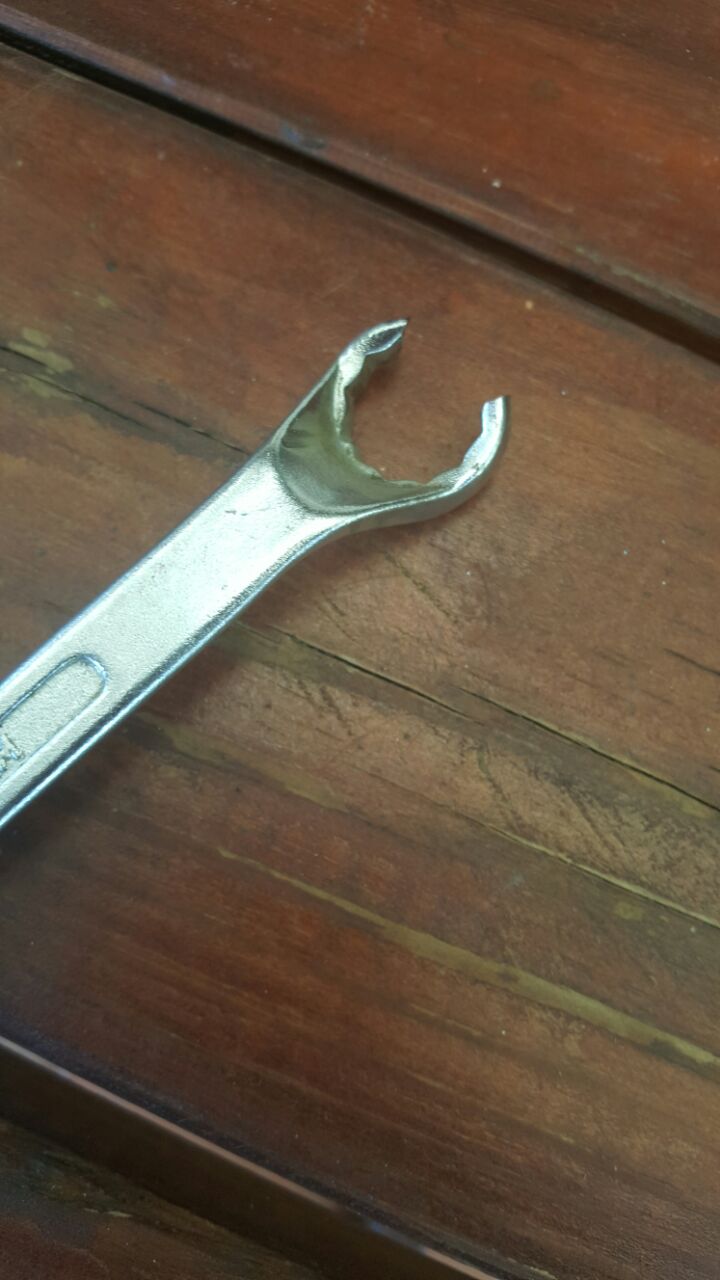 I eventually managed to get the third bolt (right hand side in the middle) out.

The fifth bolt (left hand side, closest to the front) ended up stripping the 19 socket... So I cut about 5mm off the socket to get a clearer "nut-shape" in the socket again, and continued to remove it with the power bar. Eventually it came out.

At this point, the towbar was supported with a bottle jack on the right hand side, and a single remaining bolt on the left hand side. I used another bottle jack to support the left hand side (I really don't want that bit of steel falling onto me - it's bloody heavy) and started with the final bolt. This resulted in another broken spanner, and the newly cut socket stripped again. At this point, there was no other option but to fetch the grinder and grind off the bolt.

Eventually have the cursed thing off, which means I should be able to start tacking the stuff together at some point soonish. 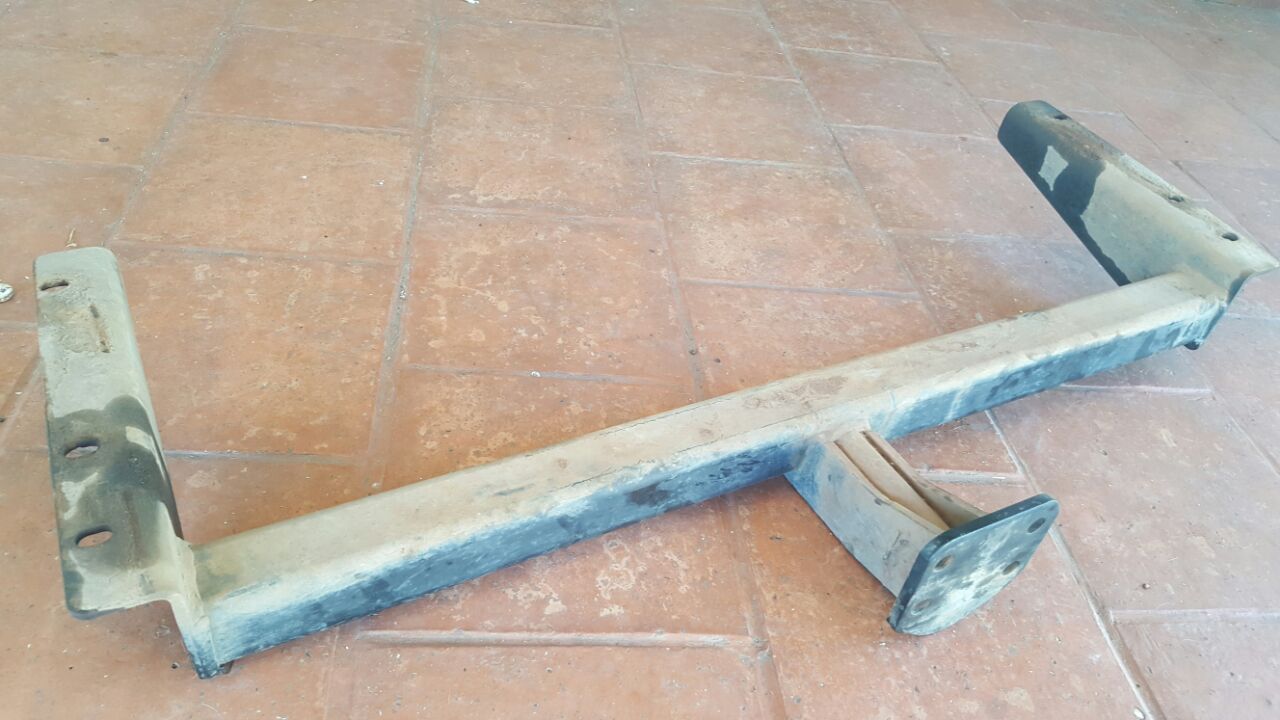 Oh - on a side note, highlift jack points on the bumper have been tacked into place, as well as the two corner pieces on the bumper (these can be fitted without the bumper in place). I'll probably take them to be properly welded (I don't trust myself that much with my welding) tomorrow. Forgot to take photographs, but will do so and post shortishly.

Next step is to remove my existing bumper, attach the recovery points / bumper mounts and cut the mounting slots onto the main bumper component. I'd also like to cut the various holes (trailer plug mount, holes for attaching the recovery hook to the factory mount and back lights) before starting on the corner pieces.

The toll in materials so far is rather high. Probably about two cans of Q20. Two 19 spanners (chinese crap). One 19 socket and a ratchet. My first attempt was not well planned and I busted my ratchet trying to get the bolt loose. Later bolts, I used a power bar.

PS: The towbar has been on since I got the Patrol. It's the first time I've seen the departure angle without the towbar sticking out the back... What a difference...
Top

Tinus, Josh, Michael, Ian - you guys really knows how to get under one's skin.....

Ok so that is just jealousy speaking

My new towbar is 110mm higher then the old one. It does make a huge difference. Finished my bumper yesterday. But will post a thread when the swing arm is done.
Being alive is a Blessing!!

My new towbar is 110mm higher then the old one. It does make a huge difference. Finished my bumper yesterday. But will post a thread when the swing arm is done.

Josh - if I may ask - how is your towbar mounted ? Looking forward to seeing the thread.
Top

Mine is a Tinus clone. For 2005 facelift on.
Being alive is a Blessing!!