I had been planning a drawer system for ages, and for our 3 week December haul, I thought I better get off my g@t and start something. Originally wanted everything in aluminum, but had to change plans halfway through. Frame was made up of mild steel 25mm² tube, and the sheeting I used was 3mm aluminium composite.

You can see the toolbox which was installed, and I wasn't sure if I wanted to remove it or work around it. Finally decided to keep it as it also houses the secondary AGM battery. 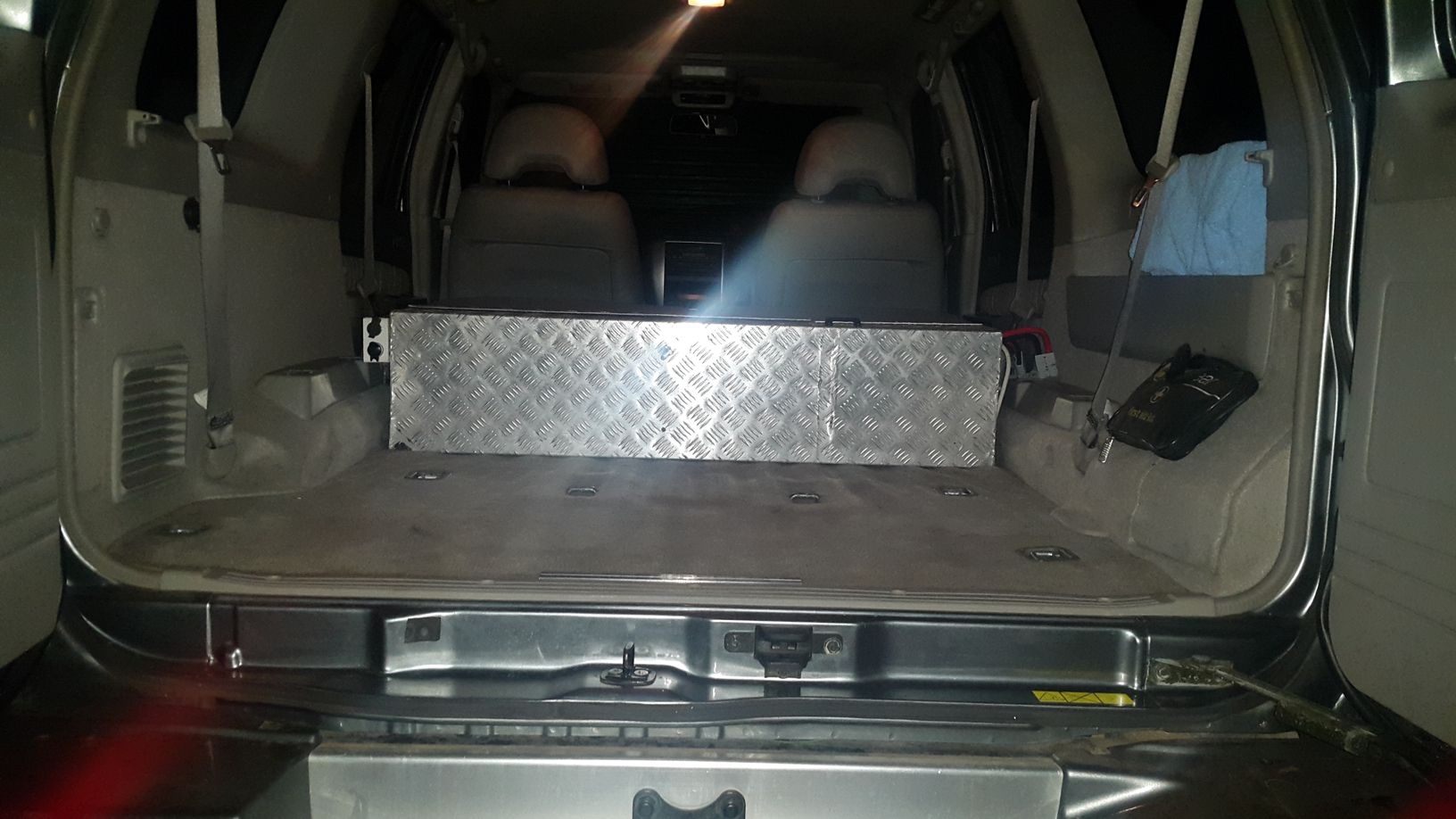 First welded up a base frame which everything will fit upon and which I could bolt into the existing brackets. 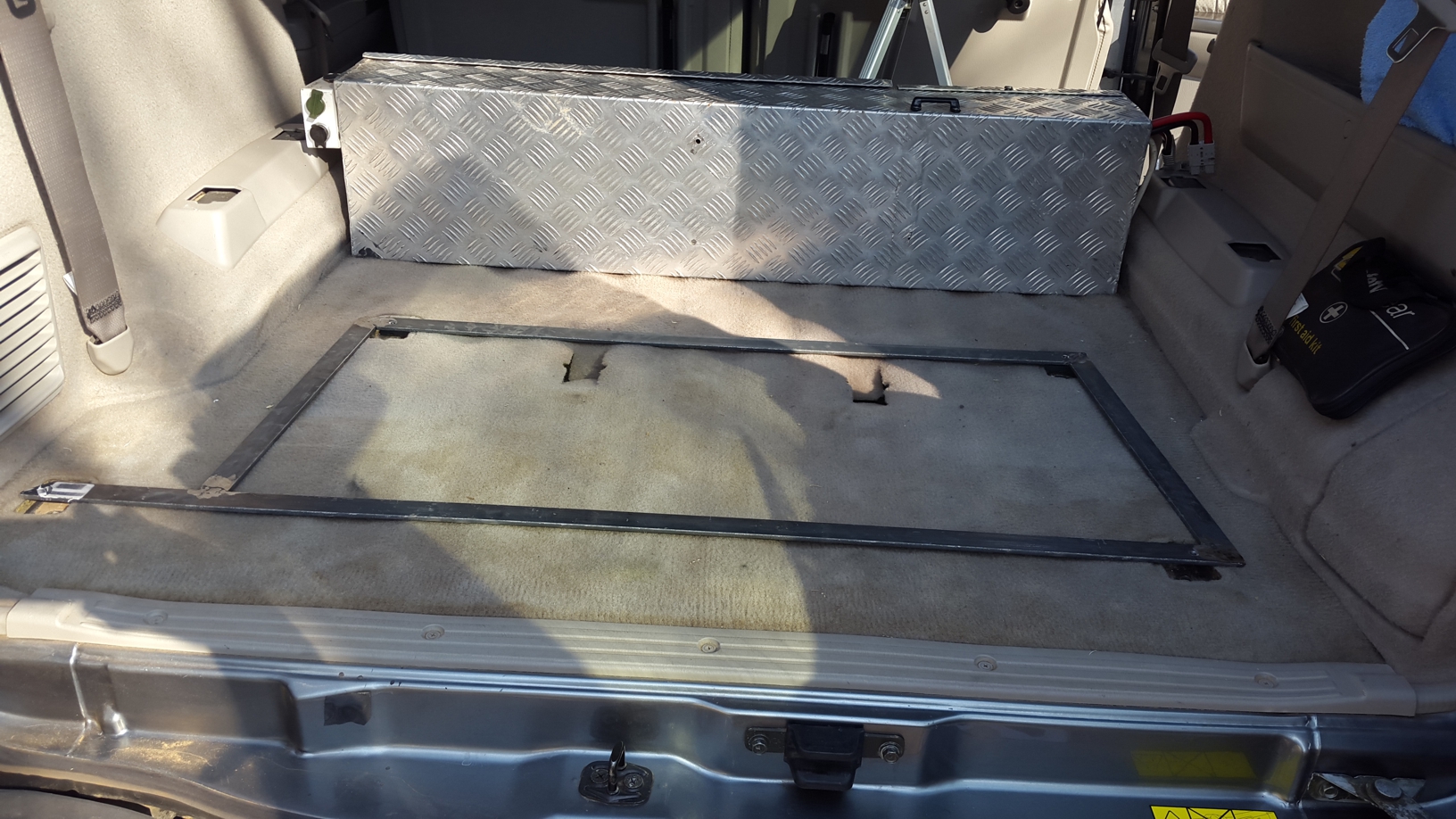 The drawers I made up from aluminium composite, riveted onto 25mm aluminium angle. I contemplated screwing / bolting everything together, but went with rivets. If Defenders are still together after 60 years, the drawers should last 6 years at least 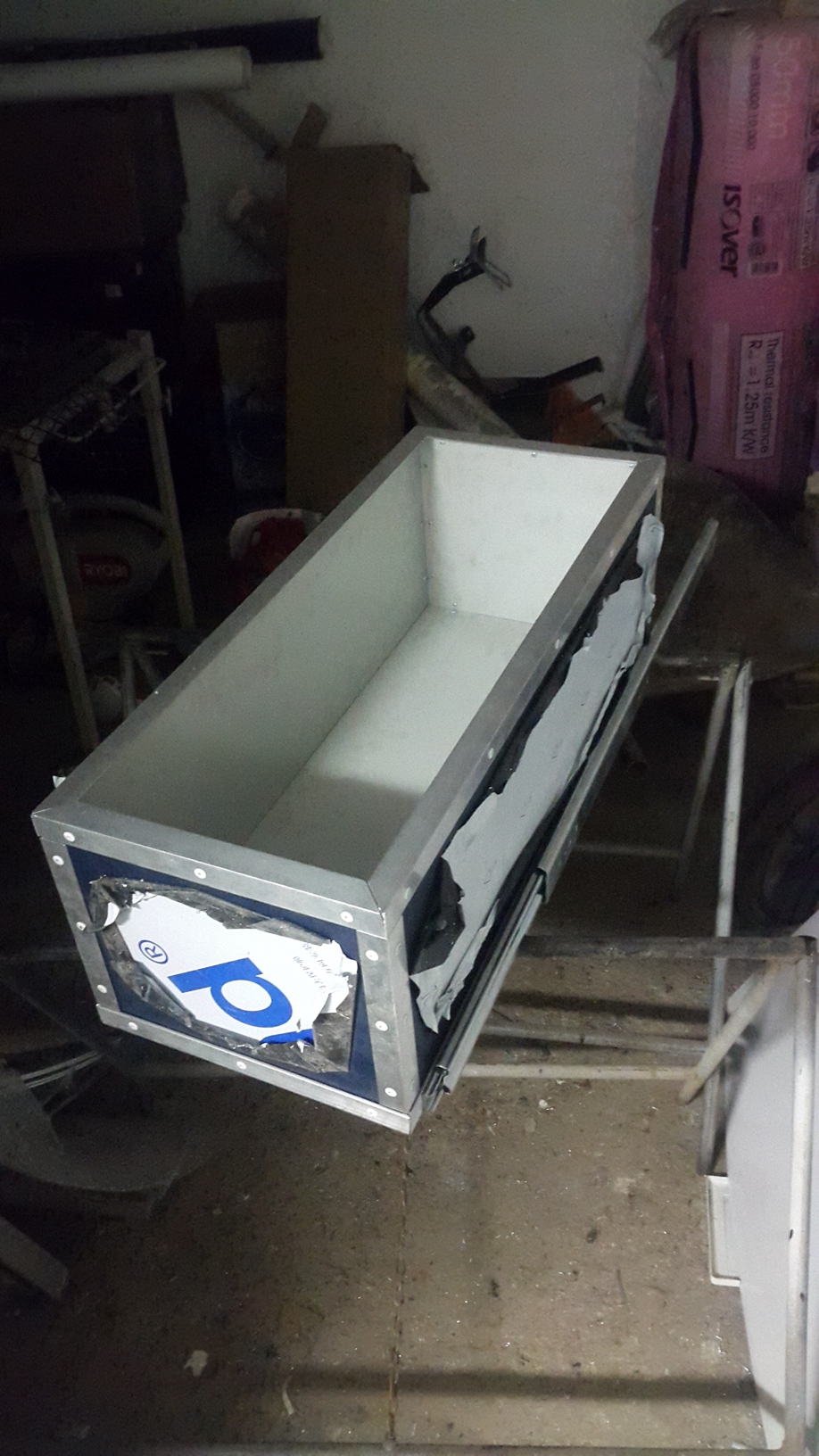 I did screw the sliders on to the drawer though, as I was worried the movement and weight could shear off the rivets. The aluminium drawer using the composite as carcass is super light and very rigid. 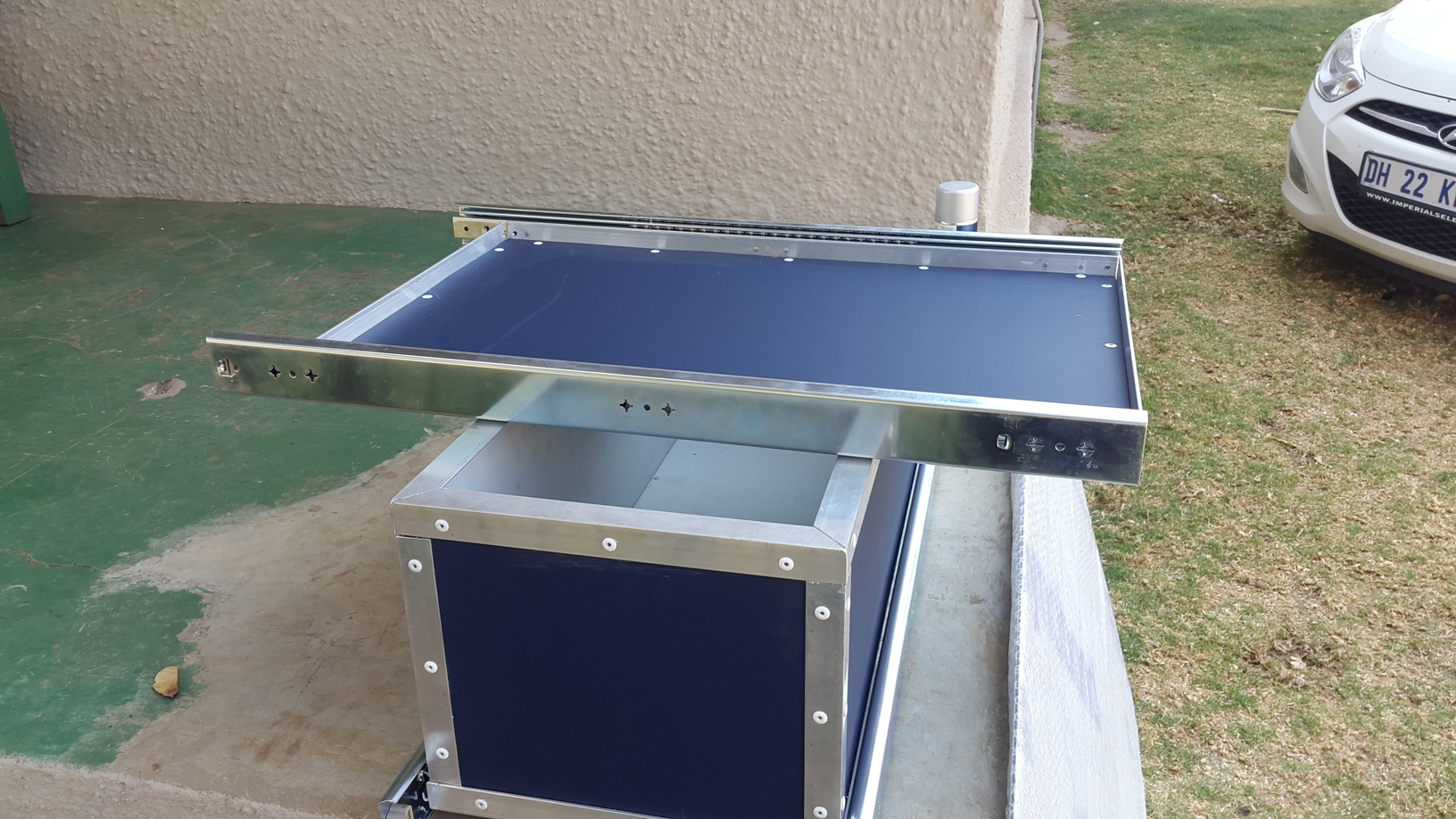 I also contemplated powder-coating the steel, but went for Hammerite instead, mainly because of time constraints. I also cut out a template of the floor and laid a panel of 3mm ABS on top of the carpet so I wouldn't damage it. 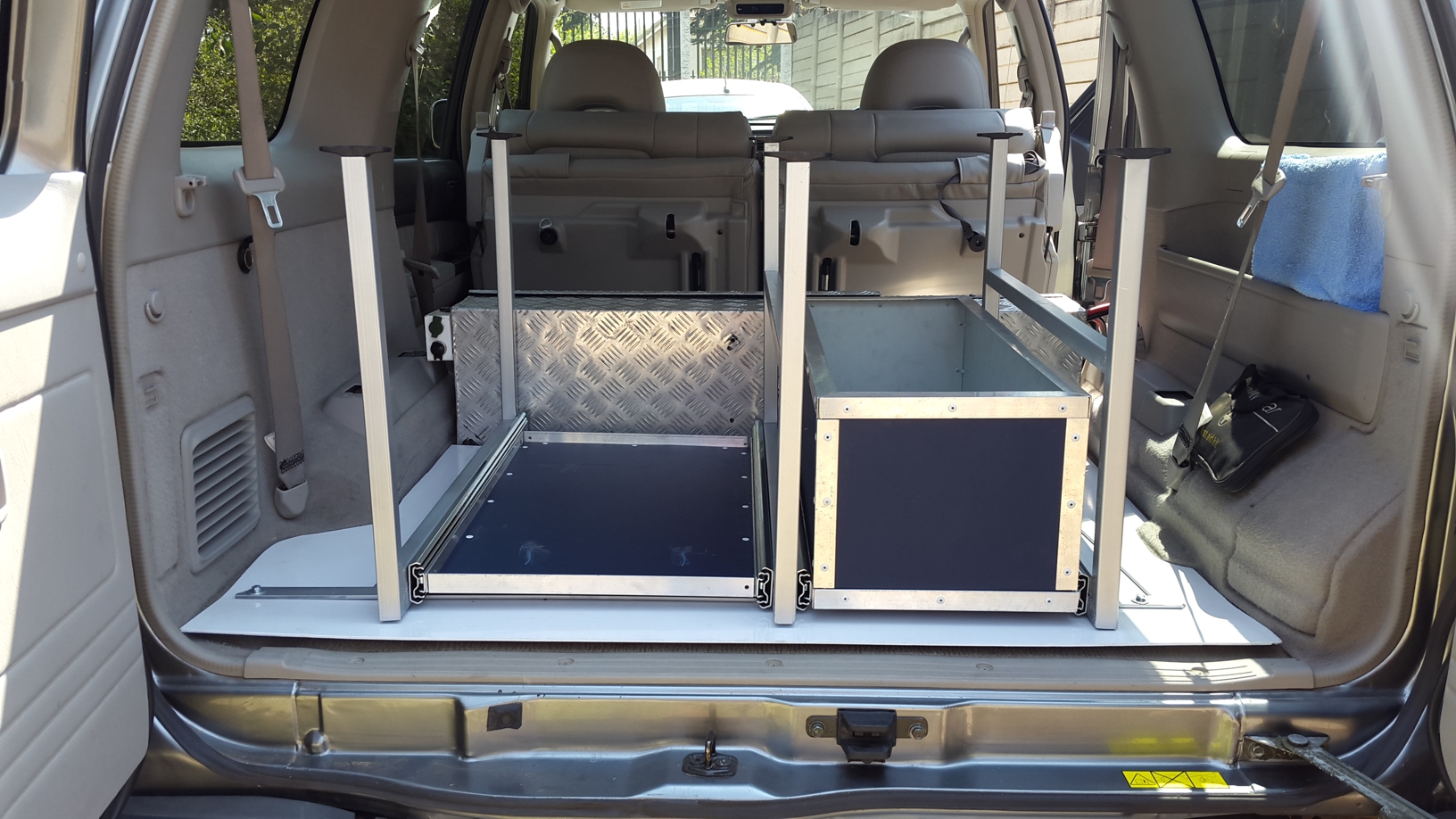 Next step was to weld up and put together the top shelf. This was a tricky one as there was no way we could install it via the rear stable doors, but I wanted all that space... A rare photo of my trusty helper, aka wifey. 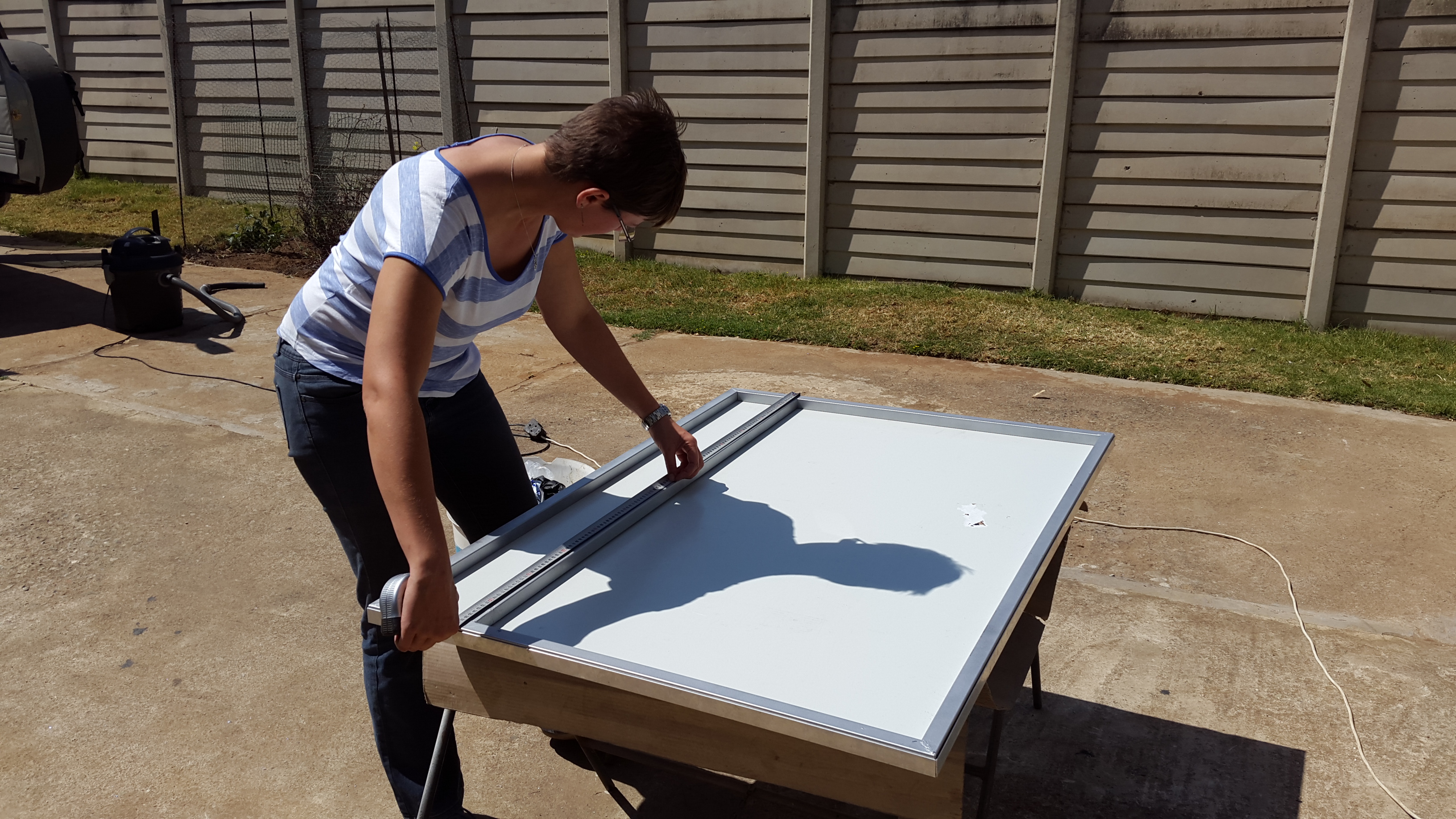 Top shelf fixed in, in hindsight I should have used bolts or self-tappers to fix it in place. The rivets would have to be drilled out if/when I take the system out. I know some have hesitations against the Connect-It's, but I have used them many times and the new generation ones are almost unbreakable. 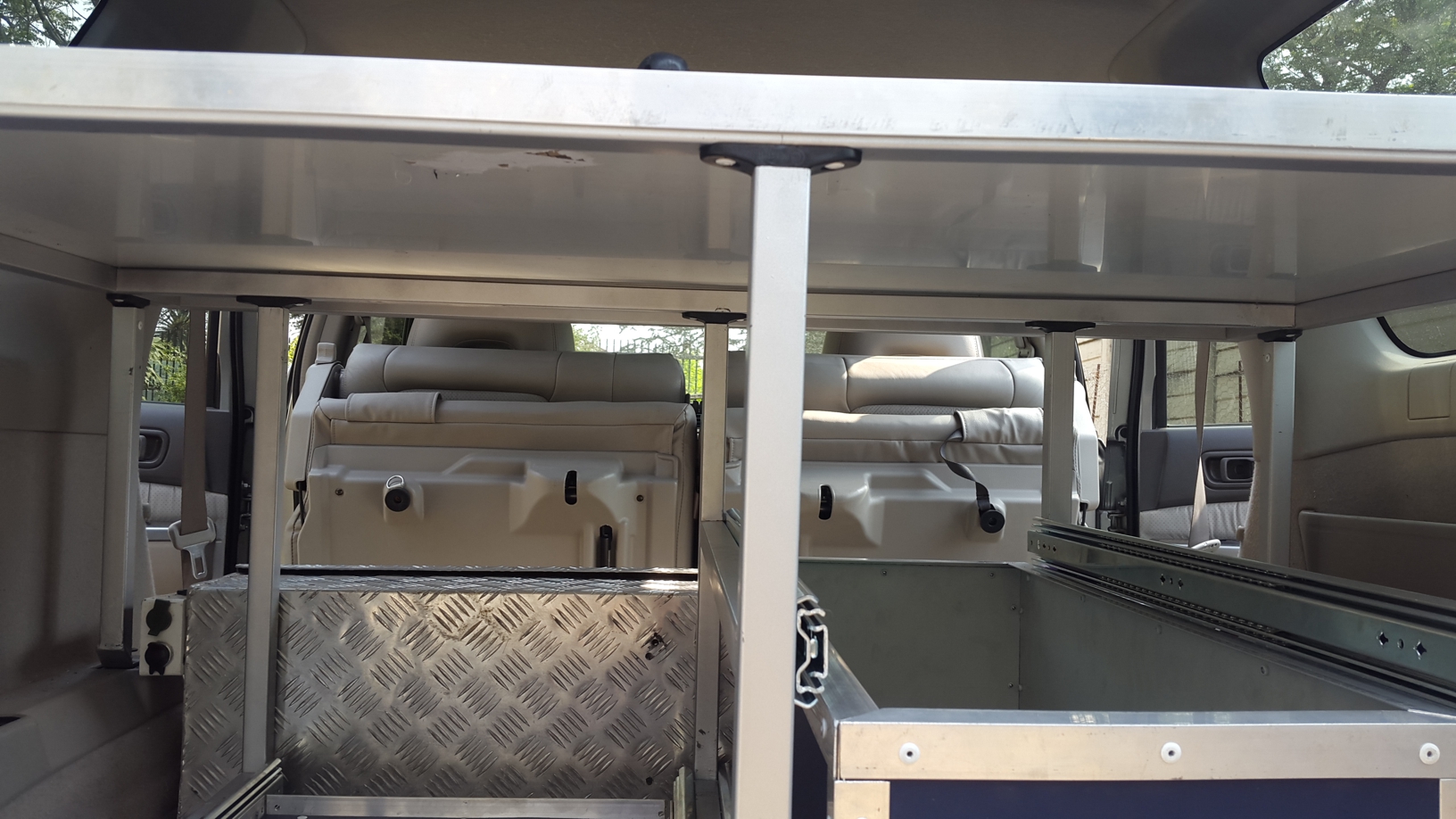 The Waeco we use is a 40l freezer and sadly I have never found a suitable cover for it, so SWAMBO made this super-duty cover, made from polyurethane / foil insulation, and fitted into denim sleeves, but that's another story!

Ps.. anyone who needs insulation can help themselves to the room-full I have! 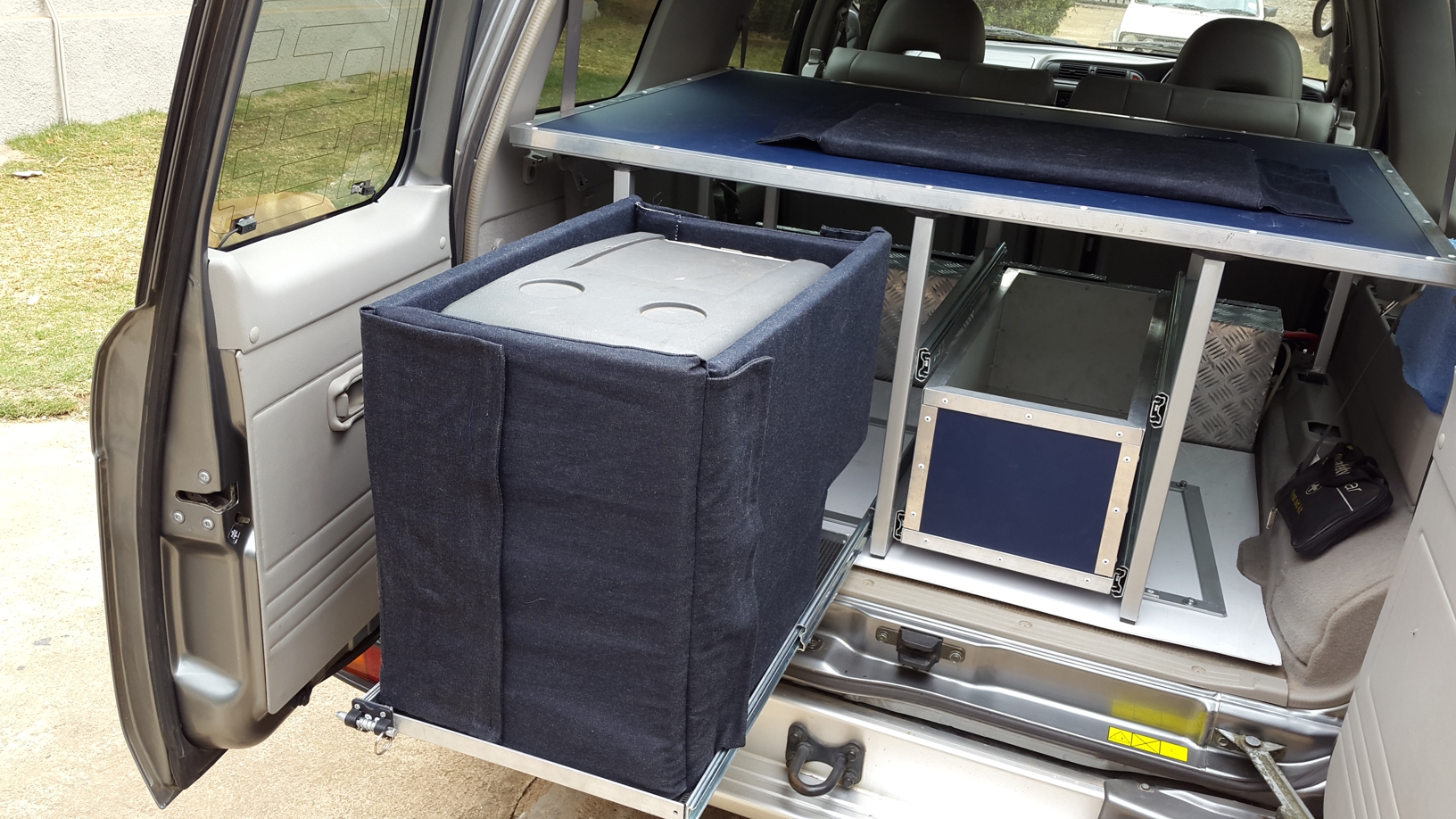 The frame height and storage areas on each side of the contraption were designed to house our camping chairs (right) and solar panel (left), which are usually the first things to come out after the beers.
The bottom drawer we designed to fit two tin cans on top of each other. I used to use ammo boxes and hated the design. Top drawer will hold other things. The second row of seats come out (no kidlets) so our thermocooler, and other nonsense we all like to take with, go there. The toolbox gives quick access to the recovery kit. 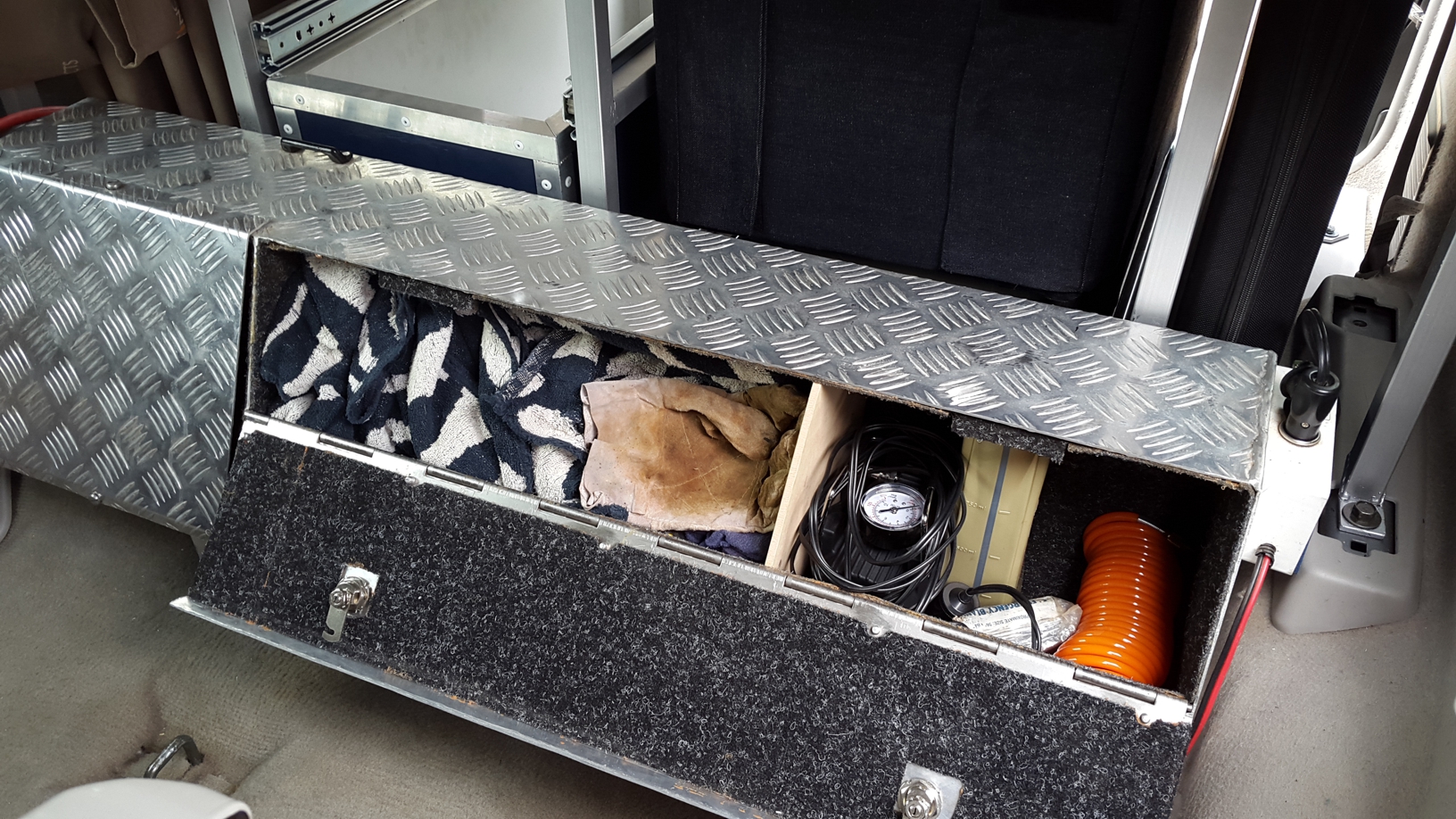 There is still another drawer which is almost done, to be installed next week. I tested the design by sitting on the fridge tray, so I'm pretty happy with the end result. I might tweak and add if needed in the future.
Rhett
https://www.youtube.com/channel/UC9e98c ... XUyixKJavQ Ja, I will have to test it out on a few trips and see how it performs. At this stage I'm 97% finished. Social and 4x4 life always gets in the way.
Rhett
https://www.youtube.com/channel/UC9e98c ... XUyixKJavQ

I really like the way it is not over complicated.

One suggestion is to cut a trapdoor under the bottom drawer so that you do not need to remove the system if you need to get to the fuel pump.
There are still places out there!!!! - Daniel Goz - The "Tapam" movie
Top
Post Reply
25 posts