For several years I have been designing an off-road camping trailer, and a couple of months ago I actually started building it.

The background is that as a family of four, of which three are girls and the male has far too many toys, the Patrol just doesn't have enough packing space for more than a long-weekend away. Secondly, I like taking photos of animals, birds, sunrises and other stuff early in the morning, while all three the girls like sleeping much later than that, and lastly, I am extremely lazy and don't like setting up or breaking down camp for more than about half an hour at a time.

The trailer is a little bit different from most other trailers, in that i am not trying to build a complete "home away from home", but mostly because i want the trailer to have the least possible impact on the Patrol's travelling ability.

Thus it has to be as light as possible, and also it must have a suspension capable of keeping up with the Patrol's (thus lots of wheel movement and relatively soft springs) and lastly it must not affect the car's departure and break-over angles.

As a result it has a number of fairly unique features which hopefully won't come back to bite me.

Here is the basic design and most of the design features and specs, although some of it is already outdated as the design is evolving as i go along.

The trailer has hydraulic run-in brakes, to allow me to have a higher load rating than necessary, the idea being that it might save me some heartache at a weighbridge some day. 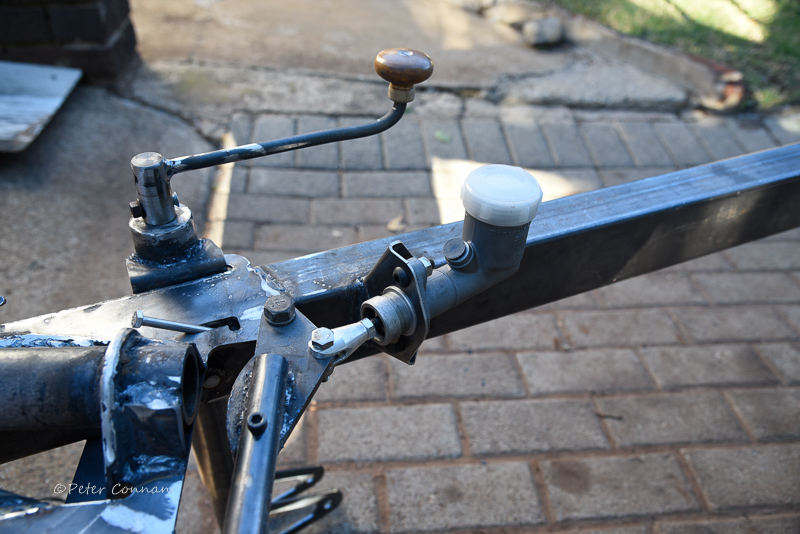 The hand-brake will not affect normal braking operation as the pawl normally runs outside of the ratchet. 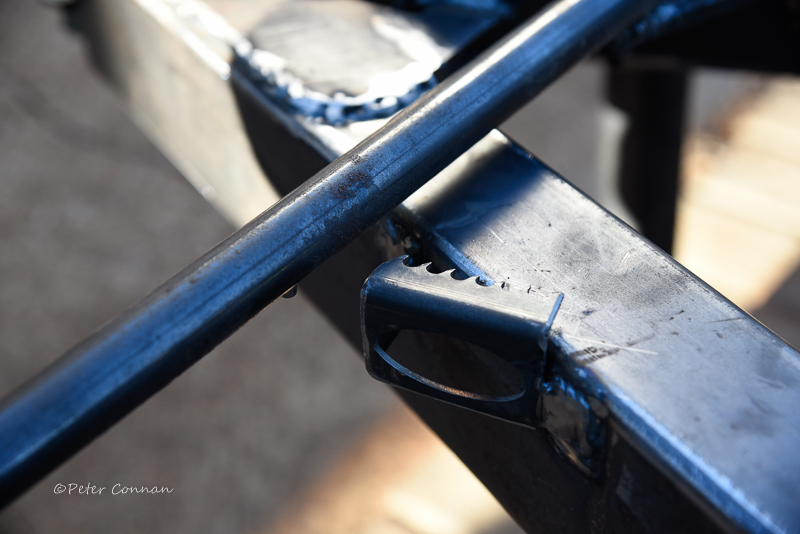 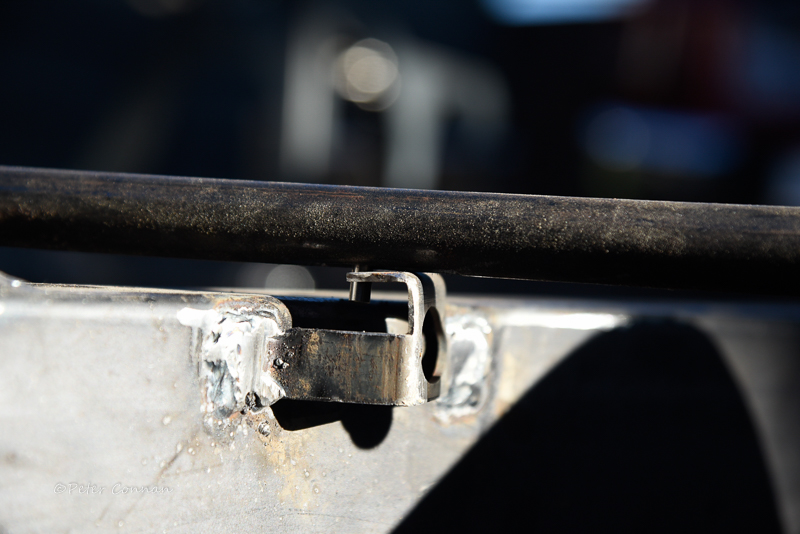 The rear feet are a unique folding design which are almost self-adjusting. They have quite a wide adjustment range. 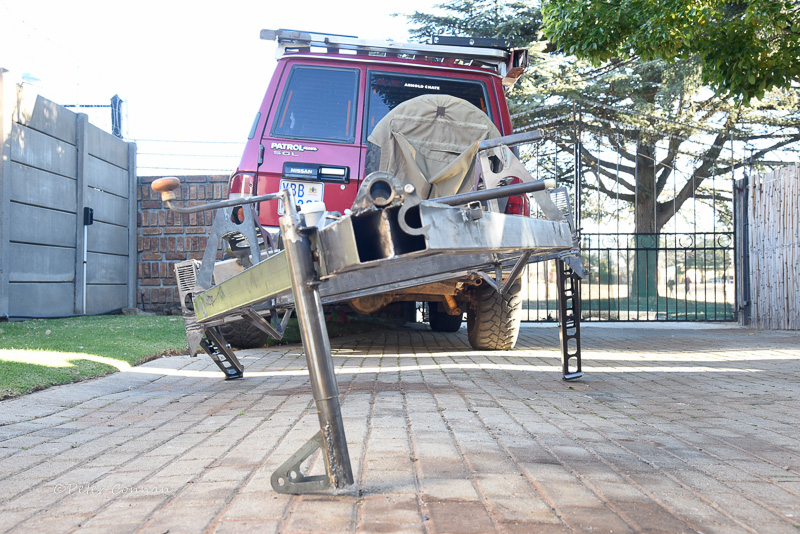 The jockey wheel winds up and down in the normal way, but it also folds.up out of the way for travelling. 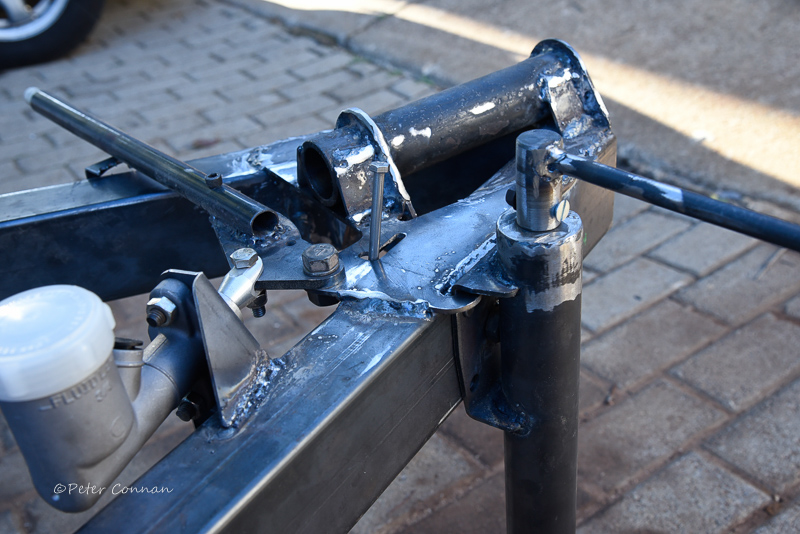 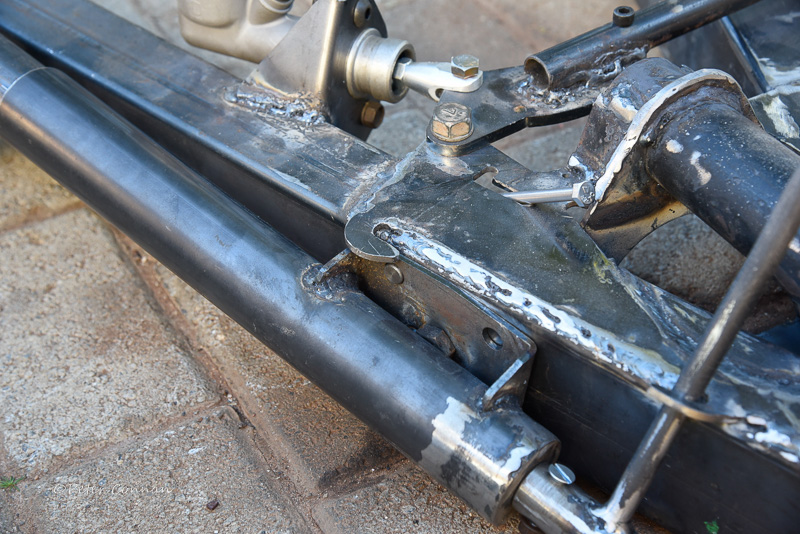 When folded up, the crank arm is held captive.so that it, can't swing down. The lever that clips it into place is also held captive, and fhe whole assembly is low enough not to impede the car's rear doors. 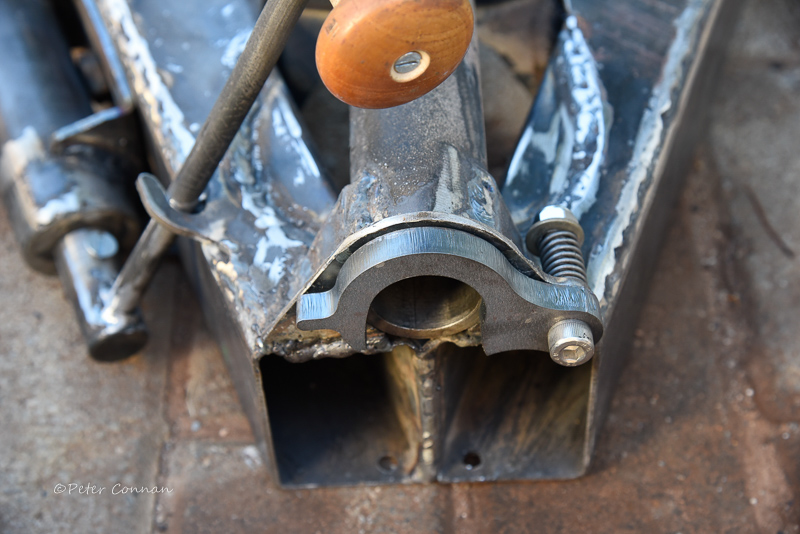 Also seen in the pic above is the brake lockout tab that de-activetes the brakes for reversing or travelling in soft sand.
Mag ons ons kenniskry met lekkerkry aanhoukry.
Top

Awesome design with some very cleverly thought out details.

I've been threatening for years to build one up as well.
The wife has recently given me the stamp of approval, so I've started on the design as well.
I can take your laziness of set up even further, I'm 10 times as lazy, so I've going for a pop up & out design like the Fleetwood offroad campers from the USA. 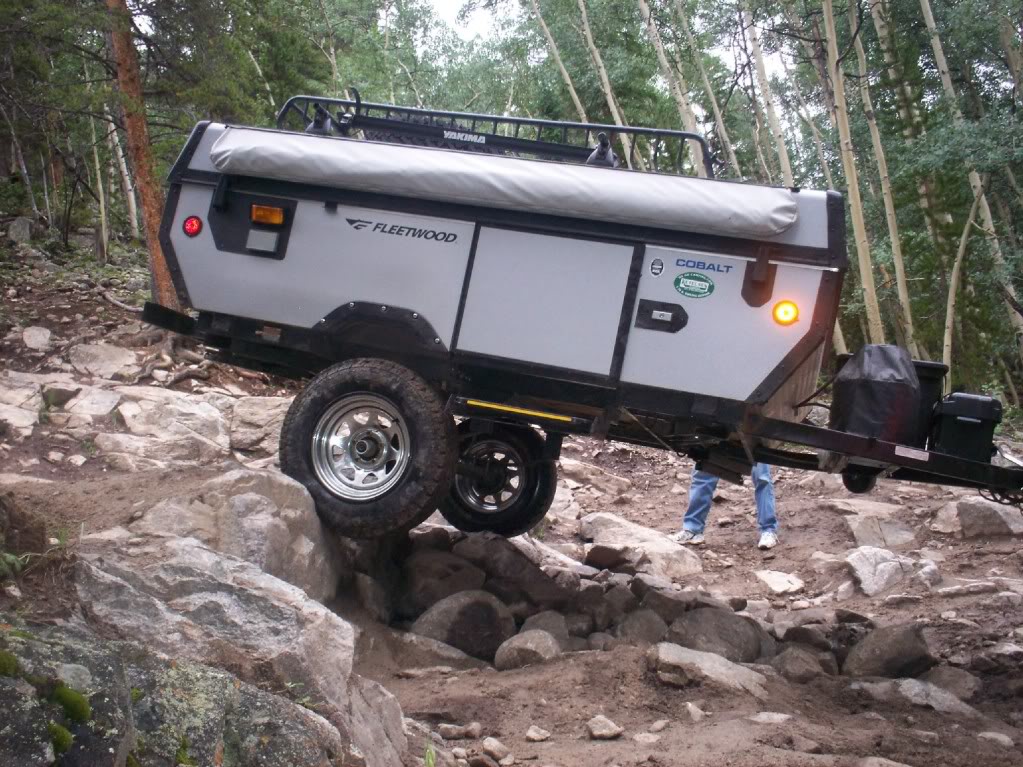 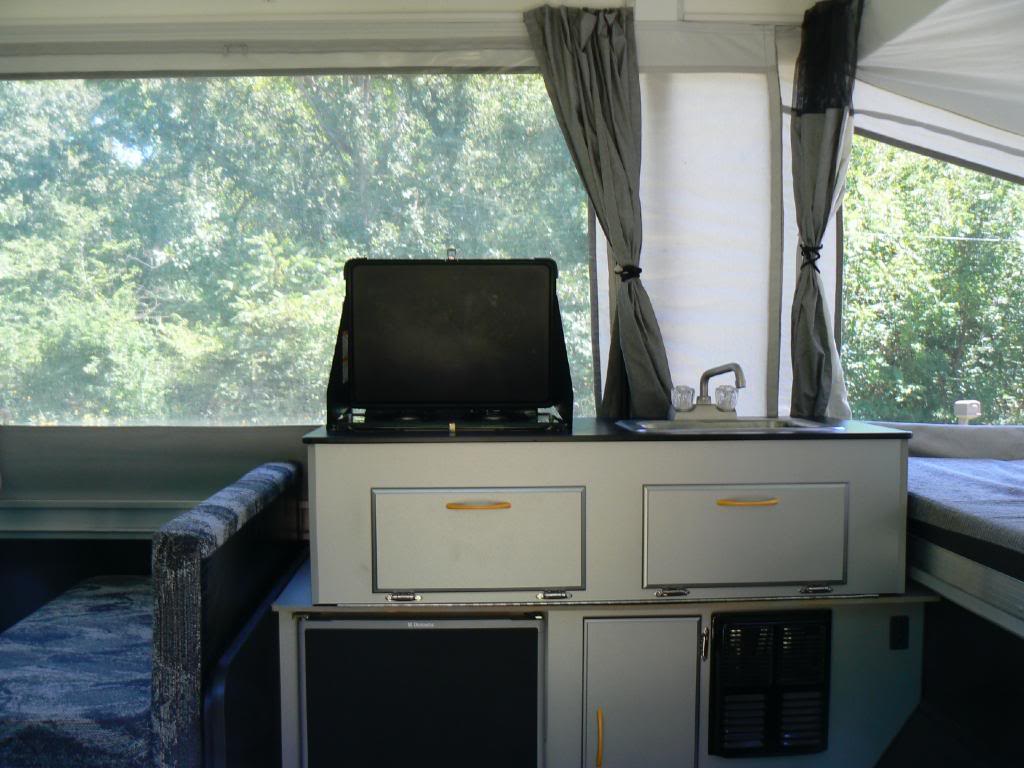 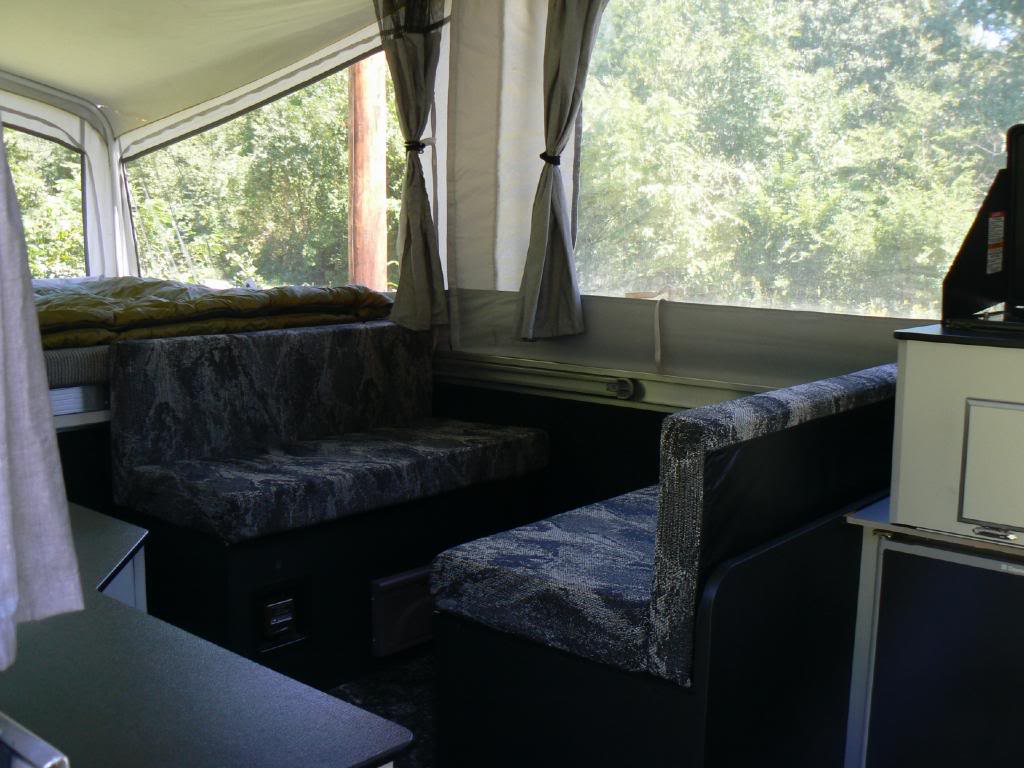 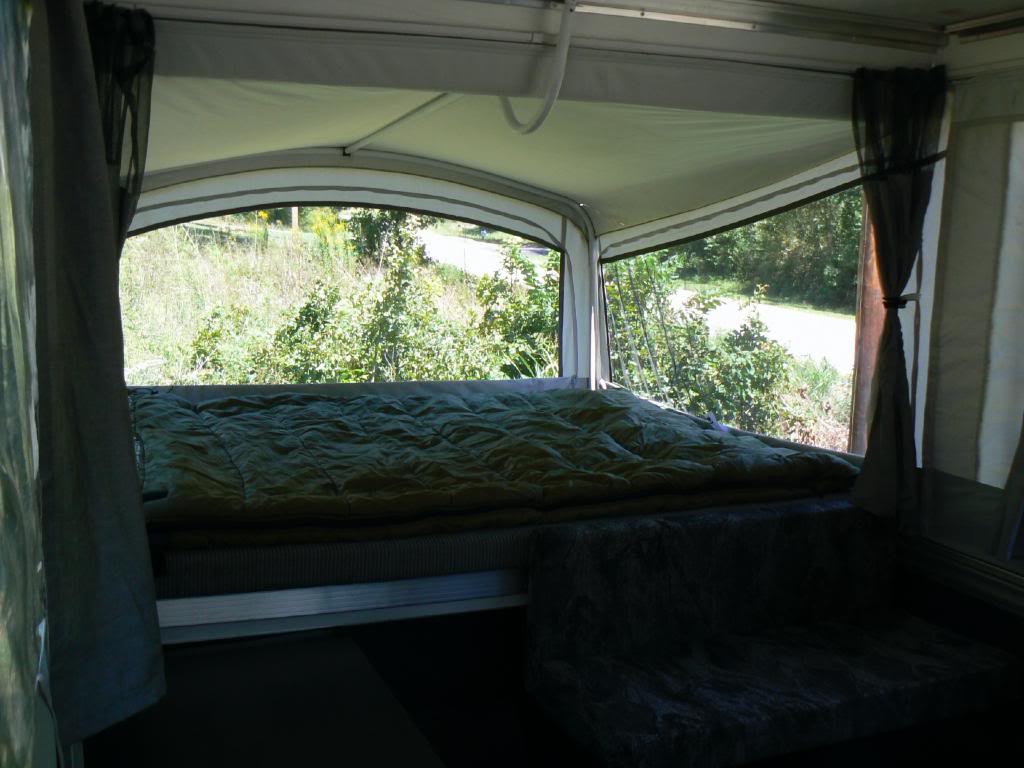 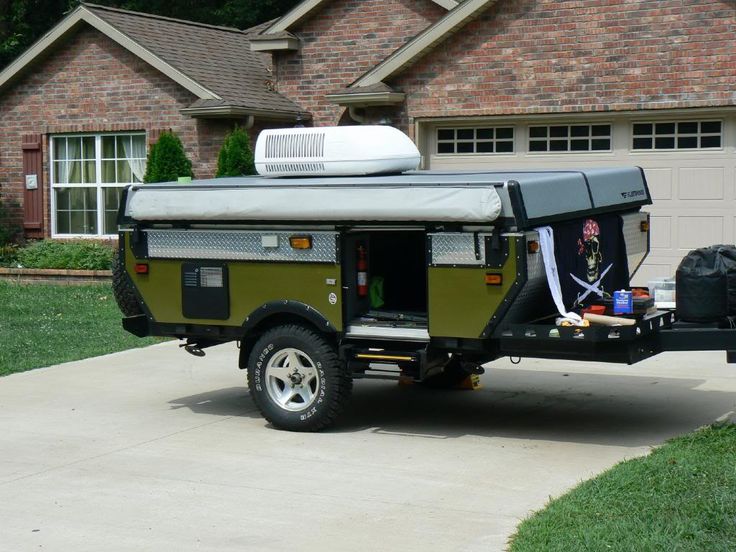 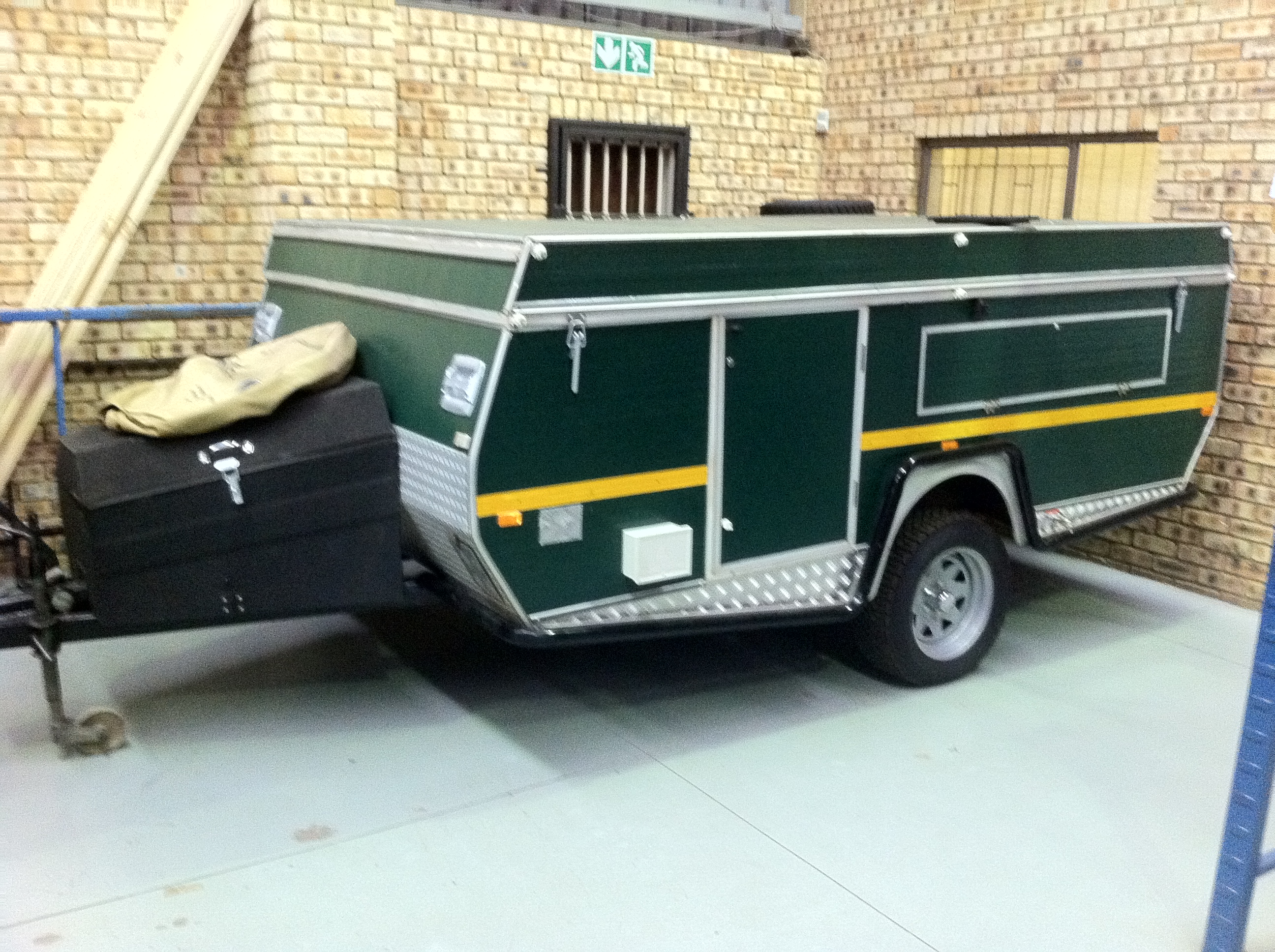 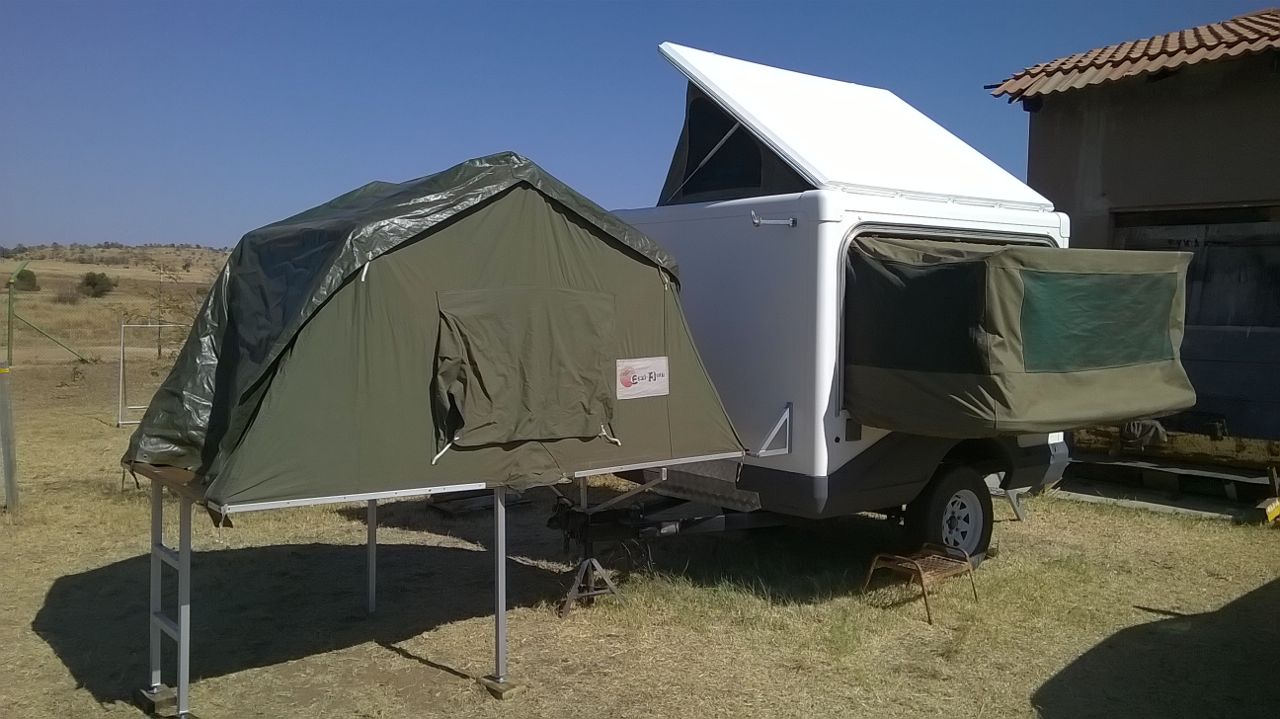 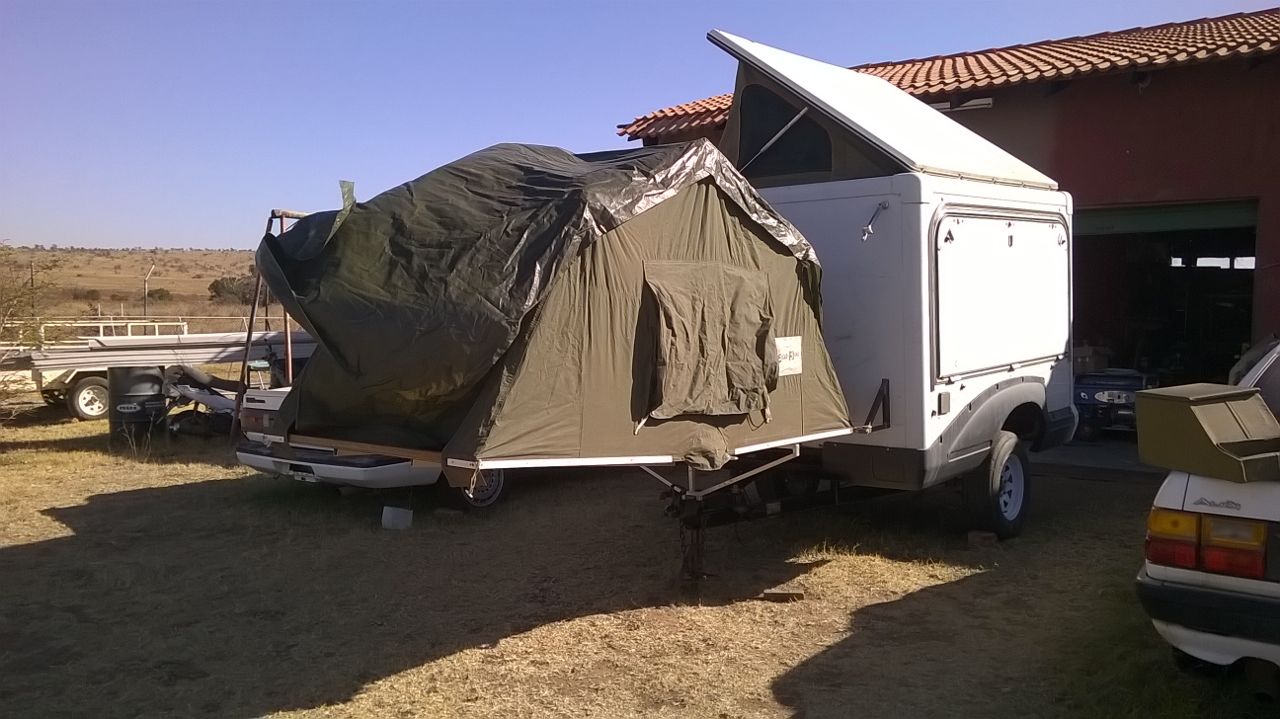 Great Minds think alike, that Fleetwood looks like the Jurgen Slipstream I built up as an off road caravan a few years ago. But have got even lazyer, have built a Jurgens Oryx onto a trailer, open the back door, pop up the roof, let down the bed and grab a beer out of the indoor fridge, I have found if I realy stretch I can reach the fridge while lying in bed!!