Has anyone seen a drawer system that makes use of a drawer thin enough to open with only the left side door open? Anyone seen one? I am thinking it will have to be high enough to clear the wheel well to get any with.

I have a bike rack on 90% of the time and only the small door will open. I can even get in and out the back with a bike on. Sooo, if I have a normal drawer system the back becomes useless until drop the bike rack. I want to have my recovery stuff and a compartment to put easy access stuff and what not. Also when shopping to toss the purchases. I found a 500ml milk that had escaped the shopping and landed up under the seat (thankfully it had not popped yet, but there was some interesting things going on after 2 weeks in the Windhoek sun... it strengthened my resolve to put in drawer.
With great Power comes Great Fuel Consumption

Haven't seen one like that, but it can't be too difficult to do.

My concern would be that something like that would be likely to be relatively inefficient in terms of space (but since I have to fit four people in the car, space is a bit of a bugbear for me). Have you considered mounting the bikerack on the spare wheel, so that it doesn't impede access to the whole of the rear?
Mag ons ons kenniskry met lekkerkry aanhoukry.
Top

Jorrie wrote:I embarked on that route, but decided against it because the left drawer would end up too narrow for my liking.

Did you have it flat on the floor or raised over the wheel well?
With great Power comes Great Fuel Consumption

With the "connect-it" system you can make a frame of any size and then have a drawer made to fit. 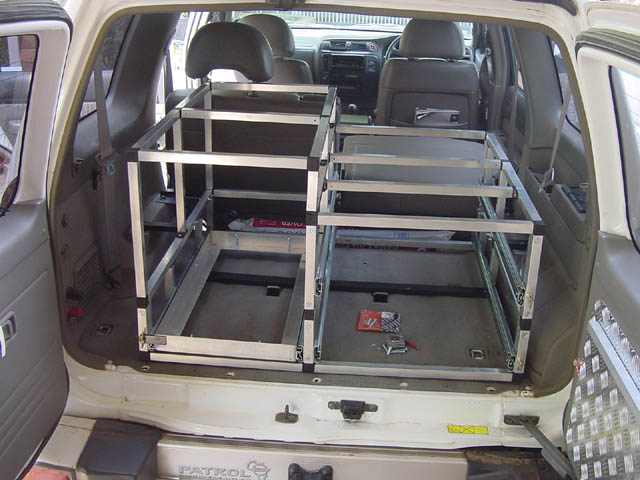 Work is only hard for those who hardly work
Top

Hi Biggles. I built my own drawer system and am sure the draw would clear the small door if it was put in differently to mine. The draws are on wheels and there is carpeting inside to prevent the wheels wearing away on bad roads. I have had the system for around 3 years and traveled extensively. I bought the plastic draws from a plastic shop in Durban. They came with lids but I have never used the lids as everything stays put. I used a few beer cardboard carriers to act as baffles and keep everything in situ. The plastic draws can also be cut down width wise to make them even narrower. They also come in varying sizes. The rest is just a wooden housing and unbelievably dust proof, all sitting on a platform. When the draw is pulled out, the wooden top keeps it in place, unless of course you pull it very far out. Beneath the platform I have two 60 litre water containers and on the left of these, a ammo box of spares and a big tool box. As you can see, the stove pulls out with ease through the narrow door.

Hope this is of some help. 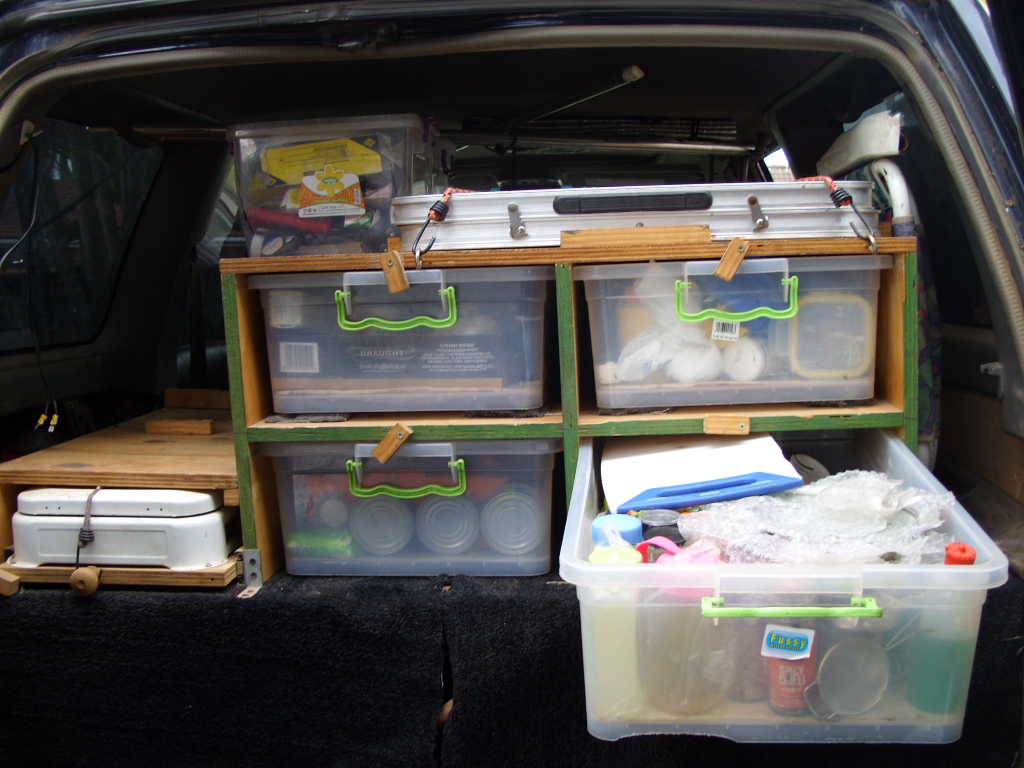 Have Troll, will travel.
Top

I must say I very much like this model.....of drawer system 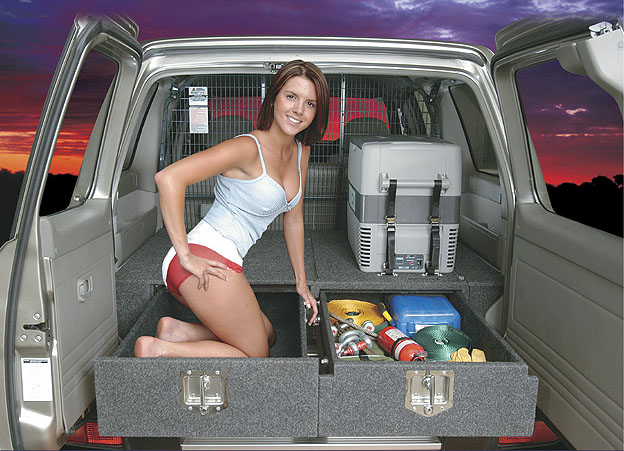 I am too scared to comment in case you related... :confused:
Top

Hay that's my skelem!!! who has been taking photos of my two babies????