The scary part is the damage was not visible as it is under the battery and worst of all the battery was rocking against the plastic radiator tank. In a short while it would have destroyed the reservoir, and probably in a remote place.

Panelbeaters who did the repair agree with me. The problem was caused by poor workmanship by the firm fitting the battery cradle. 1. It was not bolted through the factory slots that are built in. 2. For some reason they placed a large number of washers between the cradle and the bodywork. Because the bodywork is angled where the holes were drilled, the washers created sharp focus points for the weight of the battery, ultimately then the metal failed.

I am also asking myself the question - did Nissan use thinner or different quality metal for the bodywork between 2001 and 2013? Probably. For both cost saving and weight saving reasons...... 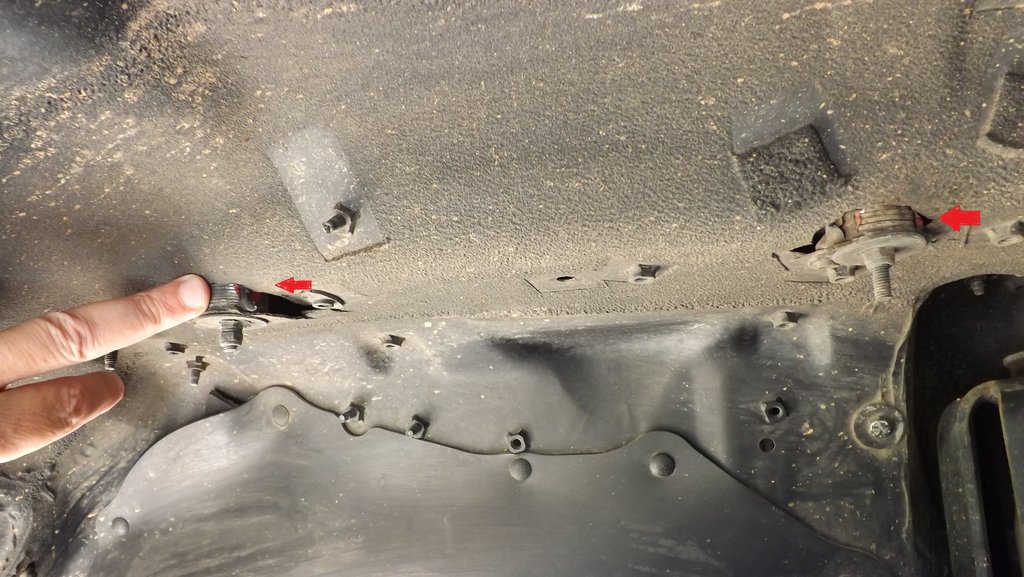 Rodney, I have seen many of those failures in Patrols. That sade of the engine bay was never intended to have a battery and has no re enforcement to hold the weight of the battery.

I have seen many attempts and it takes quite a bit of manufacturing to get it to work properly
"The Just shall live by Faith" Rom1:17

To hot for a battery there anyway
Top

Is that a factory fitment? It looks very much like a DIY kind of thing!
Top

The 4.8 carries the battery on the other side, if I am not mistaken?
Top

I agree, you can't blame this on Nissan. It was not designed to carry a battery there, and that battery mount is just badly designed.
Mag ons ons kenniskry met lekkerkry aanhoukry.
Top