by Peter Connan
Michael, i took pics of the numbers.

Am still sifting through the photos though...

by Michael
There numbers are from the Moegatle weekend, Im just going to paste Peter's readings here for discussion.

by Michael
I also want to comment on the article SJC posted.
It does make sense, but the weight of the vehicle also needs to be taken into account in my opinion.

I agree that tyre compound and M/T vs A/T has an effect on grip when it comes to rock. I have M/T and the amount of grip I had was probably the least of all the Patrols foing up there. You can even see on the Video posted from behind how I was wheelspinning all the way up.......this did not happen to any of the other Patrols.

I was running on 1bar preasure, so dont think that was an issue.
My tyres are very old (7 years), are M/T and are actually shot, so maybe this was the biggest playing factor?

by JoshJ
I believe that connected swaybars will impact how much your wheels wil lift. There function if i am correct is to exert oposite forces to balance the car out. Mine was connected at the rear and disconnected infront. Hense my lower score on the ramp. I also barely lifted a wheel on koos se klip.

I can add that from what i have seen, is that the harder bf's gave less traction then the softer coopers. Albeit muds or AT's.

by Alex Roux
Piet had the most flex
Not sure why
Be that as it may, from the March expedition to Moegatle when Piet drove up the rock, I do not recall him lifting that high.
That however may also have something to do with the weight at the rear.
The GQ being lighter overall, and I have more steel and weight in the back.

by Michael
Here is my lift on the Klip, really not that much and I have removed the front and rear sway bars.

As far as wheels lifting and flex is concerned, I don't think it has anything to do with the amount of flex available. Firstly, as Michael mentioned above, I have more flex than Alex, and I lifted considerably less, and secondly, last time we were there, Alex lifted as much or more, and between the two events, we removed his front sway bar and fitted an X-link, increasing his flex from (if I remember correctly) 65 to 81.

A rear sway bar might reduce the lift on this obstacle, while a front one would theoretically probably increase the lift here, but I certainly didn't see any sign of that on Alex's car considering both performances.

My personal suspicion is that it's probably the lighter engine (yet quite torqey at the revs used here) and the body lift doing this... 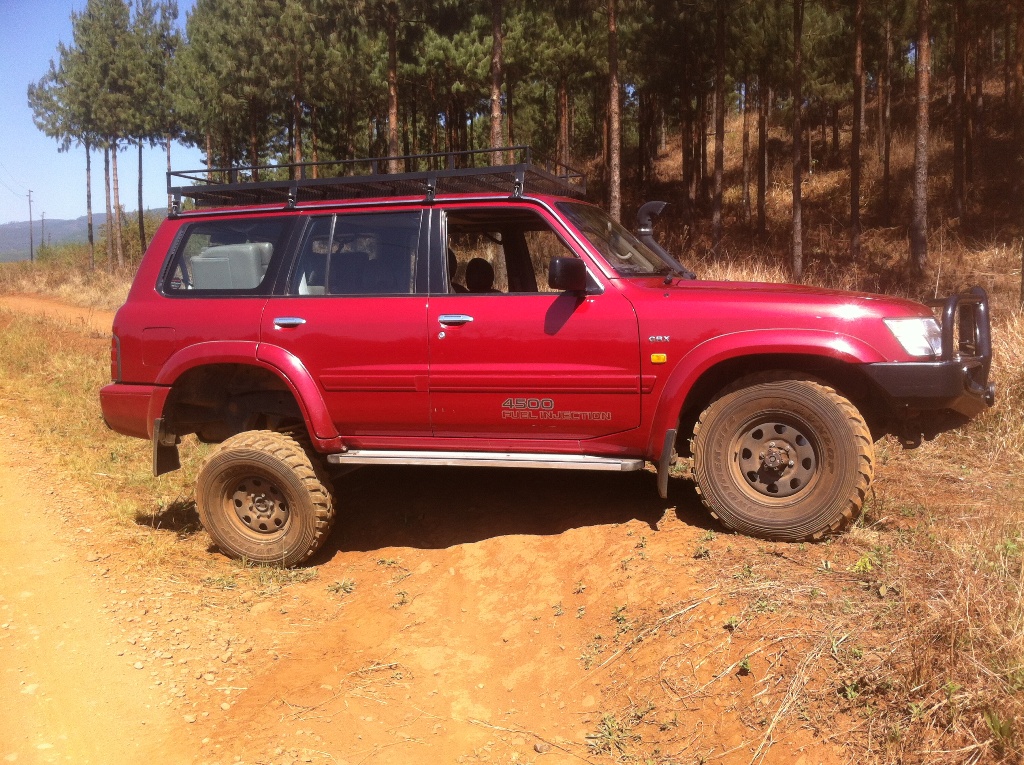 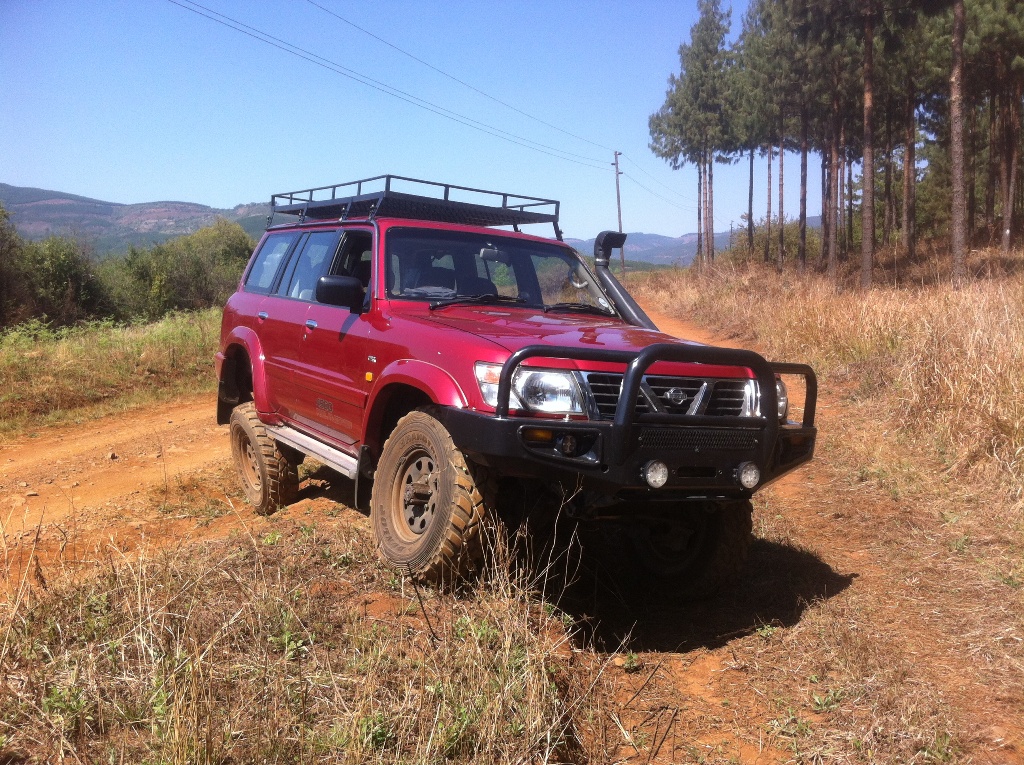 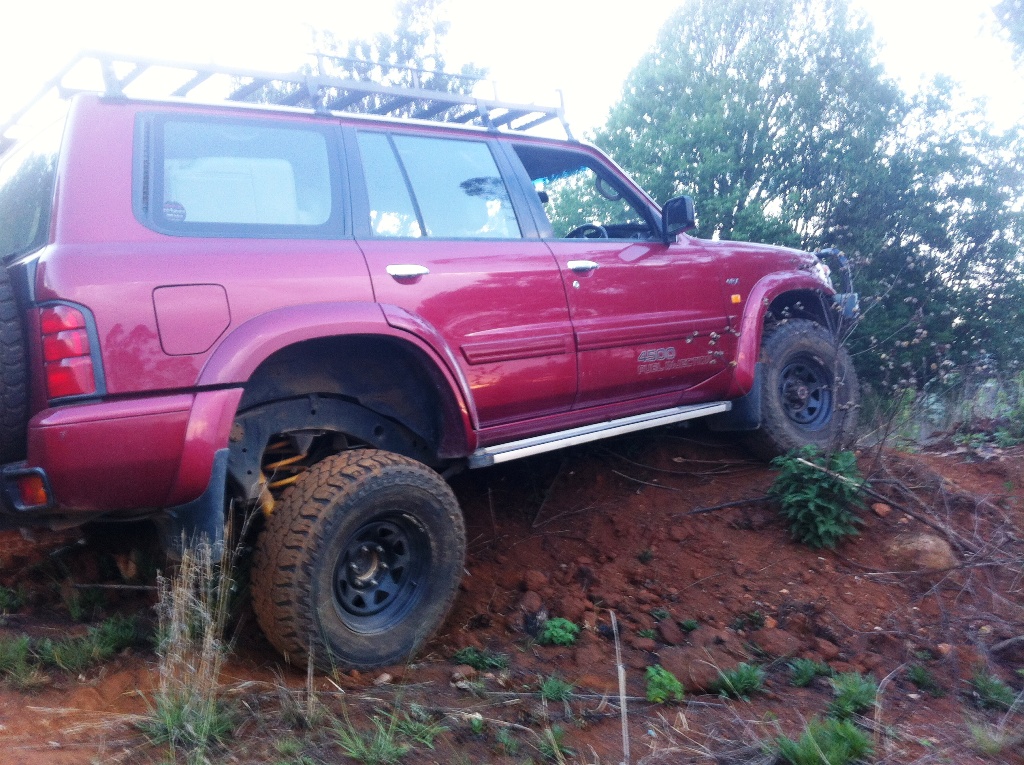